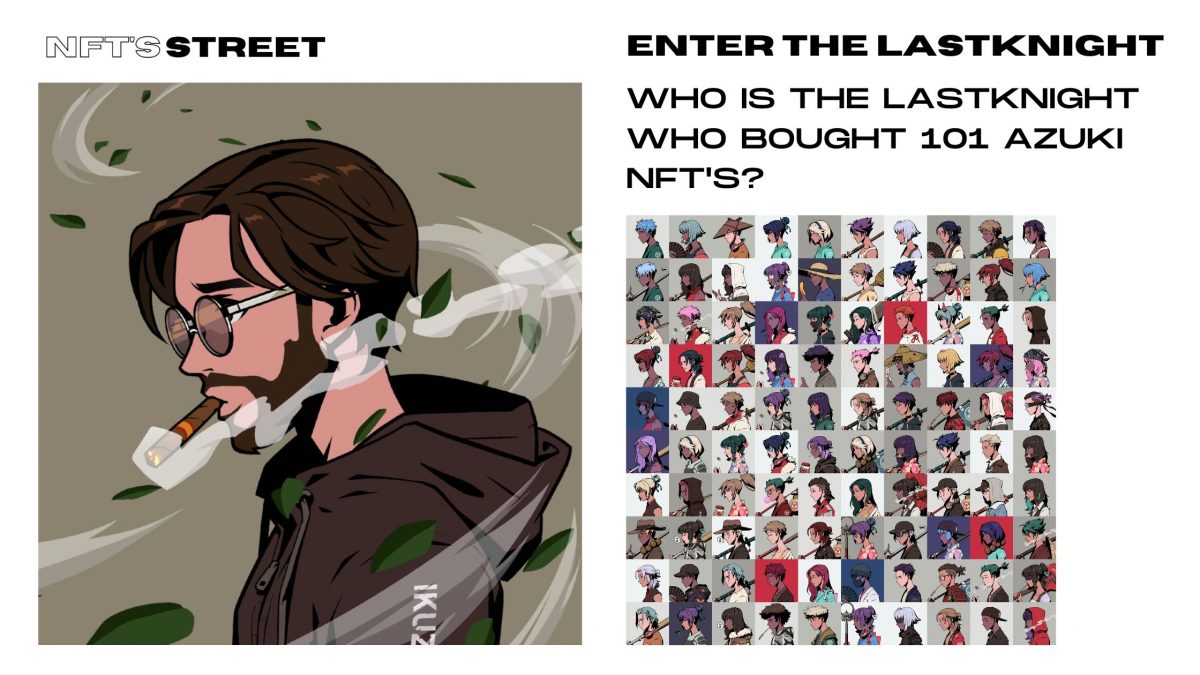 On Thursday, Adrian Cheng, Hong Kong cultural pioneer and visionary who invested in RTFKT and Animoca Brands, is revealing his Web3 identity as the LastKnight and working with Azuki in bringing phygital (digital and physical) Web3 experience starting from Hong Kong to Asia and the World.

In short, Why it matters:

“Adrian’s passion for art and technology is inspiring. We share a common vision that Web3 is a cultural shift, and Azuki will play an integral part in this movement. I’m excited to work together with Adrian and his team to show the world what a web3 brand is capable of,” said Zagabond, Founder of Azuki.

After weeks of speculation and countless rumours on the man behind the mysterious persona “LastKnight” — who swooped in clutch to acquire 101 Azukis amidst ongoing controversy — Adrian Cheng, cultural pioneer and visionary who aped-in on the potentials of Web3 early on with investments in RTFKT and Animoca Brands, is revealed to be the LastKnight.

An avid Azuki supporter and a person of high-profile interest in the Azuki community for his bold entrance into The Garden, LastKnight reiterates his decision to build a community-based collective with the Ethereum-native.

A brand with a creative- and community-centric deposition that epitomises Web3 culture, Azuki’s success and position as an undisputed harbinger of a true phygital experience is attributed to its community of visionaries who actively cultivate culture at the intersection of art and technology.

As an advocate of incubating talent across all fields, LastKnight sees Azuki as a like-minded group of creatives with the shared vision to support individuals in art and culture to bridge the gap between digital and physical with immersive experiences.

A culture maven and patron of the arts brandishing the ultra-rare Spirit #6168, LastKnight will be leading a team of creatives and blockchain and NFT experts to pave the way to this next frontier of art; his entry into Web3 driven by this firm belief in Azuki’s potential to become the breeding grounds for unique art- and culture-focused value propositions.

The LastKnight’s work behind-the-scenes is testament to his foresight and ability to identify, incubate, and promulgate high potential brands across the Web3 space.

Now, LastKnight announces the next steps in his vision for a democratised “phygital” experience that brings together the infinite possibilities of the digital and the physical. With a series of future artist collaborations, this journey into the phygital will be amplified, bringing new forms of cultural and artistic experiences to the masses and future generation of digital natives via a new medium of expression.

Azuki’s hugely successful phygital art-focused conference held in June 2022, called “The Alley”, exemplifies the shared vision of an actualised, interactive and accessible experience of Web3 that LastKnight champions — as with K11 MUSEA’s METAVISION campaign that saw 200+ NFTs and more than 30 world-class artists and NFT projects all gathered under one roof.

A coming together of trailblazing creatives, talks between LastKnight and Azuki to bring a similar phygital experience to Asia have begun. Intent on supporting Azuki on expanding its universe and ecosystem, LastKnight hopes to foster a collaboration that kicks off a paradigm shift that further democratises and demystifies Web3 and the metaverse for all, bringing an immersive 360 ̊ phygital experience starting from K11 in Hong Kong then Asia, and the world.

Azuki is a brand for the metaverse built by Chiru Labs alongside the community. An Azuki avatar grants members access to The Garden, a corner of the internet where art meets technology to push forward web3 culture. The lines between the physical and digital worlds are blurring – being a part of the Azuki community allows access to exclusive fashion drops, collabs, and live events.