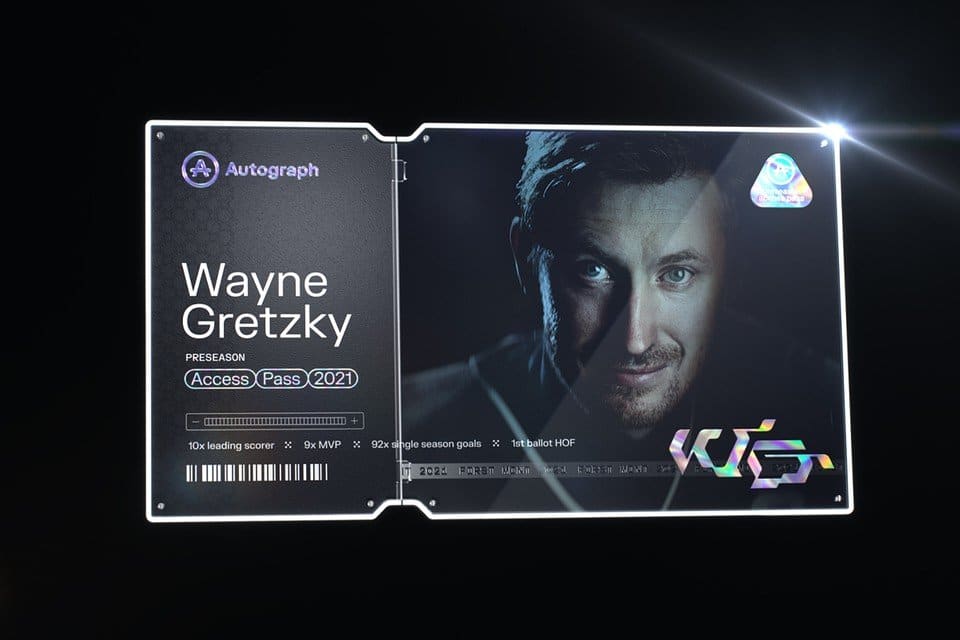 Wayne Gretzky, the king of hockey, is a master of all trades. Not only is he a Canadian hockey legend, but he has also climbed the ladder of success in the digital market.

Wayne Gretzky’s First NFT (Non-Fungible Token) sold out in minutes because of its range of colors, affordability, and availability on the NFT marketplace with Autograph. It provided fans with new and revolutionary ways to connect with their heroes- an option that was not available to them before!

His first NFT (Non-Fungible Token) collection was a hot seller who sold out in minutes! If you are also looking for ways to connect with Wayne Gretzky, here is your chance to do it!

But, first things first. What is an NFT collection anyway?

An NFT or Non-Fungible Token is a unique asset that could be bought, sold, and exchanged in the digital market.

The NFT marketplace allows fans to own exclusive and personalized items such as autographs, digital cards, music, or art. Gretzky’s collectibles were launched in collaboration with Autograph on DraftKings.

The DraftKings, a digital platform, launched its NFT marketplace in late July. With a list of Tom Brady collectibles, the NFT collection was a best seller in the US on Autograph. What is an Autograph, then?

Autograph is an NFT provider whose board of directors and co-founders include significant and legendary sports players such as Brady, Gretzky, Derek Jeter, Naomi Osaka, and Tiger Woods.

This initiative is a first of its kind in Canada, and it is just a click away!

All the more reason to buy Gretzky’s NFT collection because it is special than ever! Want to know why? Here is why!

Like other premium collections, Gretzky’s collection includes a range of five colors. These are carbon, platinum, emerald, sapphire, and ruby.

To fulfill every fan’s wish, the collection is as affordable as it could get!

Indeed, for Gretzky, it is all about making his collection approachable and appealing.

He said, “I want my NFTs to appeal to both new and longtime collectors, and the price range makes it much more approachable for a wide demographic.”

Qualities such as a range of different colors, affordability, and digital availability on the NT marketplace with Autograph are the reasons why this collection was sold out in minutes!

Want to know what else did your favorite player say about his collection? Hop on to the next section.

What Does Gretzky have to say about his First NFT Collection?

The NFT marketplace launched in collaboration with Autograph will provide new and revolutionary ways for fans to connect with the legendary player.

“I’m excited to enter the NFT space with Autograph and move into Canada, having fans engage with great moments from my hockey career in new, revolutionary ways,” Gretzky said in a statement.

Sold out in minutes, The NFT marketplace is a testament to the unique ways in which fans can engage with their heroes- an option that was never available to them before!

So what are you waiting for? Once they are restocked, buy these collectibles and connect with Wayne Gretzky like never before!

Remember folks- You miss 100 percent of the shots you never take. If others can do it, so can you!