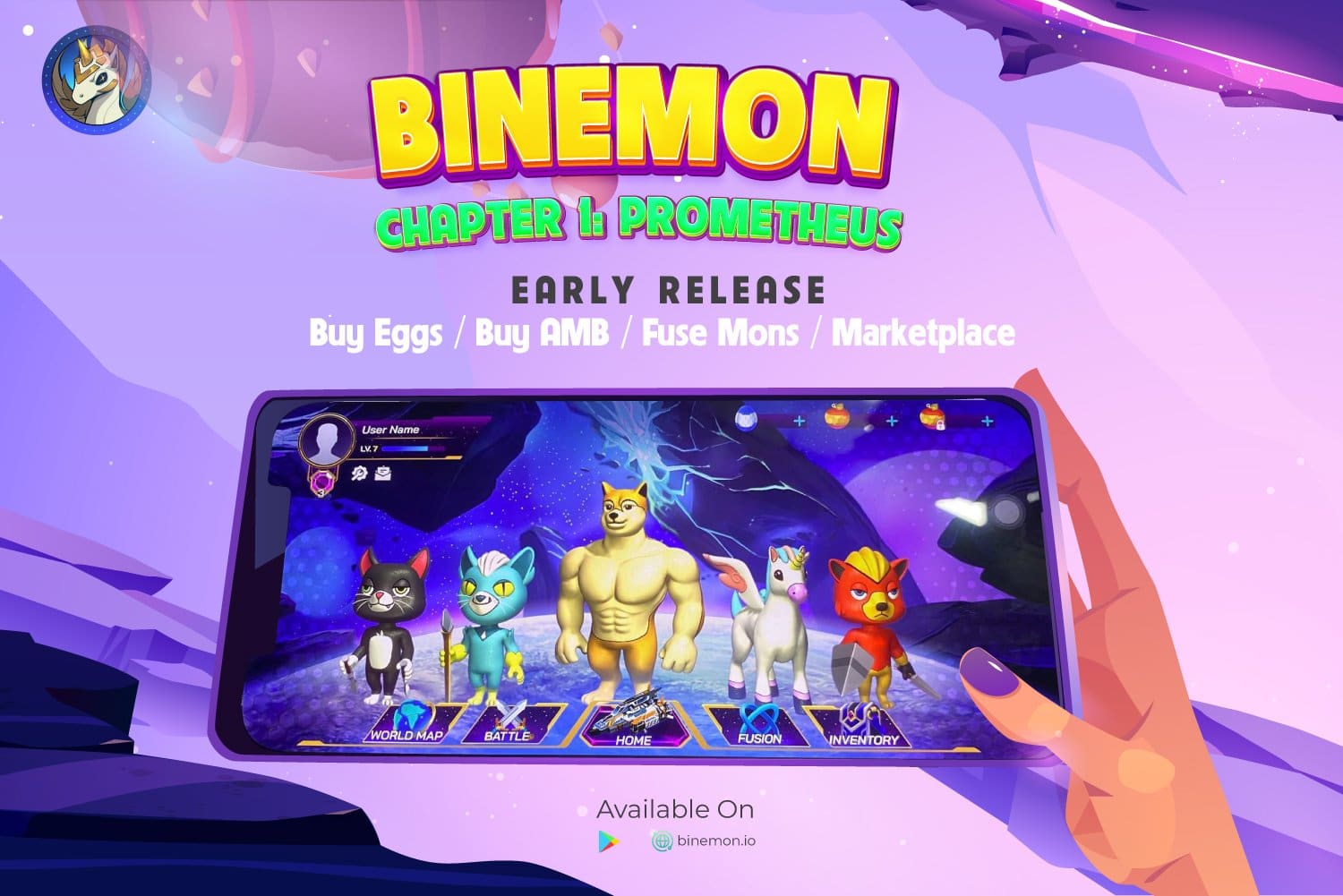 With smartphones now a modern-day necessity, we often take them for granted. Having such powerful computers in the palm of your hands, always connected to the world, is something that presents many opportunities, including chances to earn considerable amounts of money. While, more often than not, we end up scrolling through memes, mobile NFT games offer the opportunity to make some money and have at the same time. In fact, some people are making a decent side-income solely through this emerging games genre.

Here, we’ll take a look at the top NFT games that you can earn money simply by playing.

Heavily inspired by Pokemon, Axie Infinity is an NFT game that has you pitting cute monsters against each other in turn-based battles but with the promise of actual ownership. The game leverages the Ethereum blockchain and relies on the Ronin sidechain to keep gas fees small and delays to an absolute minimum.

To get started, players need to purchase a minimum of three Axies from the marketplace using a Ronin wallet.

While the barrier of entry is higher than other NFT games, Axie Infinity confers ownership of the token to the buyer. This means Axies and land plots within the game can be sold at a later time after appreciating in value. While dropping $200 on an Axie may seem like a lot, the game’s popularity is now skyrocketing, with some Axies now fetching over $600,000. If the barrier of entry is still too high, there are also “Scholarship Programs” where you can effectively borrow Axies and share your earnings until you are ready to invest in your own.

Once you’ve bagged yourself a trio of Axies, it’s time to earn some SLP (Smooth Love Potion), which is the game’s cryptocurrency that can be exchanged for money.

To earn SLP, you simply play the game. The play-as-you-earn model means all you need to do to earn SLP is battle your Axies against other player’s digital pets or even computer-controlled monsters. There’s also the opportunity to breed your Axies, selling any prize-winners for big profits.

Unlike Axie Infinity, League of Kingdoms requires no upfront investment. This Age of Empires styled MMO game has players develop medieval-style structures and units on land tiles, with landowners being rewarded with DAI.

While there are similar mobile games out there allowing you to build armies, gather resources, and get involved in large battles, League of Kingdoms is the only one that lets you literally own the digital land you’re playing on.

There are two ways to earn money playing League of Kingdoms.

The first is to own land by purchasing land tokens. Land comes in six varieties with a starting cost of $13, going all the way up to $240. Owning land allows players to earn passive income, with the game developers rewarding investors with regular payouts of DAI.

The other way to make money with League of Kingdoms is through resource gathering. This method involves a player gathering together desirable resources and packaging them into NFTs. These can then be sold on Opensea for profit.

The game has big plans and a promising future. Through careful planning and good time management, League of Kingdoms can prove an excellent way to earn while you play.

Leveraging the Draken blockchain, Binemon is a virtual pet game that features some passive RPG elements. As well as battling in PVE and PVP modes, the game also allows trading, land development, NPC characters, as well as egg and item collecting.

The main crux of Binemon is fighting, breeding, and interacting with your virtual pets. These activities reward players with Ambrosia using the AMB token, which can be exchanged for fiat currency such as U.S. dollars.

To get started with Binemon, you’ll need to buy yourself an egg or two from the marketplace. This initial investment will cost around $30 worth of DRK coin, so a relatively low barrier of entry. Once the egg has hatched, you can begin earning through battling, breeding, and generally playing the game.

Those lucky enough to hatch or crossbreed a rare Binemon with enhanced stats can even sell their digital companion on the thriving marketplace. Many Binemon are now selling for thousands of dollars, thanks to the game’s growing popularity.

Offering the chance to earn while genuinely having fun, Binemon is perfect for those who love collecting and leveling.

Anyone interested in Magic the Gathering, Gwent, or Hearthstone will love Splinterlands, a premium NFT card game that offers the chance to earn big money.

Gameplay revolves around building a deck of cards and carefully selecting which cards to counter an opponent’s move. The gameplay loop is familiar with summoner and monster cards being used to try and out strategize your opponent. The mechanics are balanced, with new players being given a starter deck to allow a better understanding of how the game works.

There are two key ways to earn money: cards and battles.

To start earning money from cards, you’ll need to buy a Summoner’s Spellbook, something that costs $10. This allows players to begin building their own deck and begin trading. As with any card-based game, there’s always the chance of unwrapping a rare foiled card, something the active community will pay big money for.

Earning from battling involves winning ranked matches, unlocking chests, and selling rewards such as cards on the marketplace. Potions can be used to increase the drop rate of rarer items, and grinding your way up the divisions will see better rewards for winning matches.

As well as rare items, winning battles also rewards players with Dark Energy Crystals (DEC), a tradeable cryptocurrency. The amount of DEC a player is awarded is relative to the match difficulty and how many wins they already have under their belt.