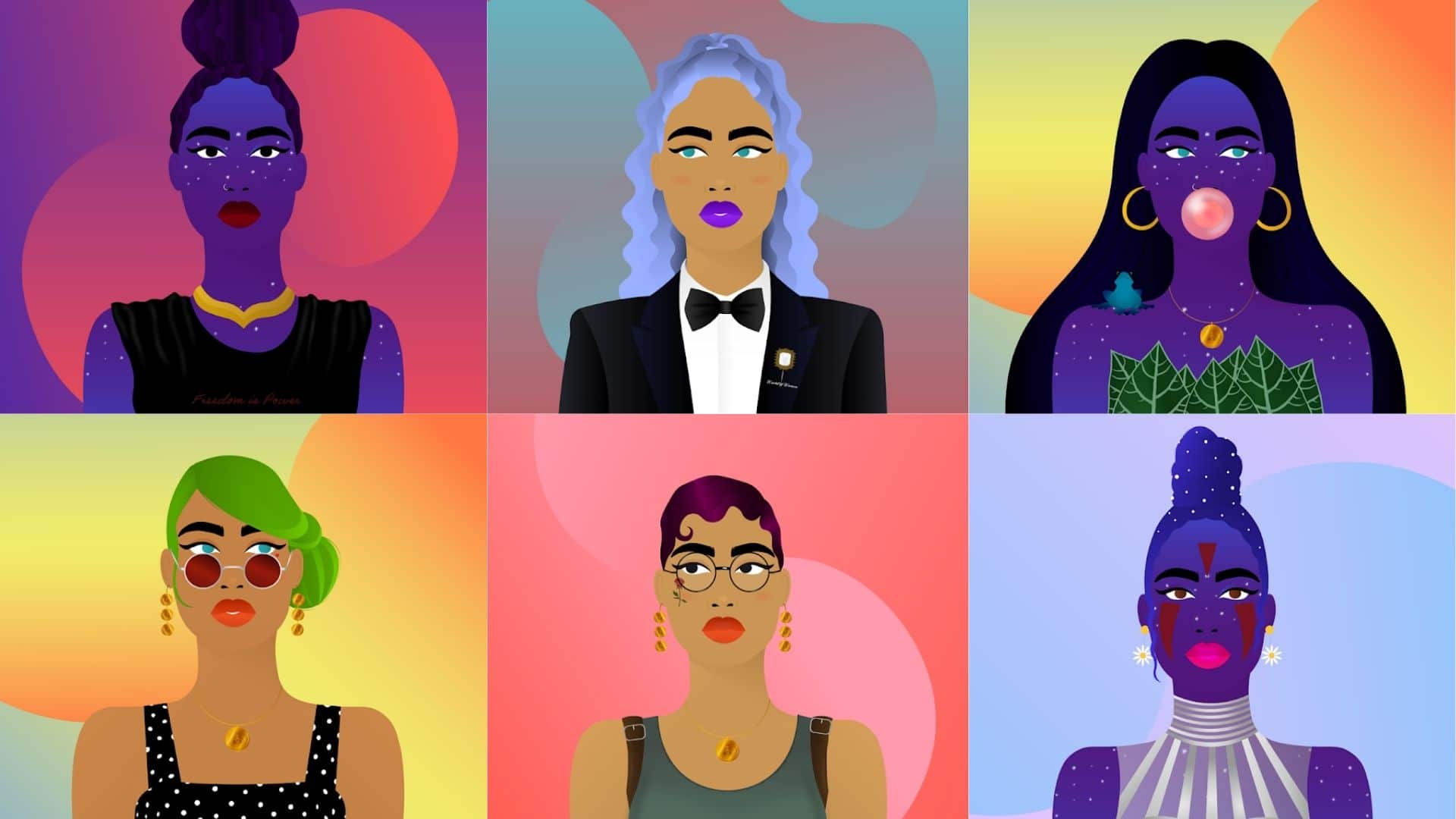 Women have been taking over the NFT space and gathering attention. They are getting into this innovation with noble causes and proving to the world that they are no less than men. The World of Women NFT project is flawlessly doing its part in promoting equality in the NFT space. Yam, the artist of the project and also a co-founder, gave life to this project and each art has found originality from her life experiences.

The project comprises 10,000 randomly generated ERC-721 NFTs existing on the Ethereum blockchain and hosted on IPFS. These NFTs are generated by the combination of a wide range of traits and attributes. All these NFTs portray diverse and unique women who are here to bring a change in the NFT space. Once an enthusiast purchases a World of Women NFT, they get the Intellectual Property of the NFT as well.

The project will also send out 100 signed prints to lucky holders. The team has promised to reinvest 15% of all the primary sales into the development and the future of the project. Increasing the scope of their aim of empowering women they are also giving donations to She’s the First, Too Young To Wed, and to Strange Cintia.

The World of Women #9248 is adorned by traits and properties such as an Orange background, Passion Red lip color, Slightly open mouth, WoW coin necklace, and many more that make it beautiful. This NFT is not available for purchase. Although it has an offer of 7.1592 Ethereum.

The second spot of the most expensive ever sold list is held by a rose tattooed woman. This NFT was sold for 210 Ethereum or $522.7K on 23rd January 2022.

It was sold by tl99 to os-warchest. This World of Women #706 is generated by the combination of 11 traits and properties. Some of them are Adventurer clothes, Rose tattoo, Stern mouth, Finger Waves hairstyle, etc.

Later this NFT was transferred to Divine_Femininity on the same day. The owner of this NFT has numerous World of Women NFTs collected. The World of Women #706 has not been put up for sale by the owner.

On the third spot comes the strange woman with the night sky as her body and a frog on the shoulder. This NFT was sold for 200 Ethereum or $762.5K on 5th January 2022.

This woman was purchased by TheSandboxGame. The World of Women #6025 has traits and properties such as Naiade clothes, Classic Hoops as earrings, Night Goddess body, and more.

This woman is probably the most exquisite World of Women. The owner of this NFT has not put this NFT up for sale.

The number 4 spot is held by a gorgeous woman with a bun hairstyle. This NFT was sold for 100 Ethereum or $376.9K.

This was bought by pettan86 from Palis on 2nd September 2021. After that, it went through a series of transfers and finally was transferred to 511876 on 23rd July 2022. The current owner of thus NFT owns several World of Women NFT, Mutant Apes, Alpha Girl, and many more.

The World of Women #3733 is adorned by traits and properties including a Purple Pink background, Flashy Blue facial features, Gold lips color, Slightly open mouth, WoW coin necklace, and many more. This NFT is not available for purchase but it has a bid of 7.3264 Ethereum on it.

This is also another mystical-looking woman holding the fifth spot. This NFT was sold for 100 Ethereum or $313.8K. This was purchased by Cocceto_Vault from MagpieNFT on 19th January 2022.

Cocceto_Vault the owner of this NFT holds many World of Women NFTs along with a World of Women collab. The World of Women #7508 has traits and properties such as Soft Purple background, Leader facial features, Night Goddess skin tone, Slight Smile mouth, and more.

This NFT has been made available for purchase by the owner at the price of 269.69 Ethereum.

It was sold by electrified to skyhoon. Skyhoon, the owner of this NFT has over 92 NFTs collected and most of them are World of Women including some Robotos, World of Women collabs, and many more.

The World of Women #1510 has been generated by a combination of traits and properties such as Faux Fur coat, Slight smile mouth, Passion Red lips color, and many more. \

This NFT is not available for sale but it has an offer of 7.3264 Ethereum.

The owner of this NFT owns many World of Women NFTs and collabs as well. The World of Women #4730 is fabricated by traits and properties such as Witch Dress, Cigarette in mouth, Natural Red hair, Dark Purple background, and more.

This NFT has not been put up for sale by the owner. Though it has an offer of 7.3264 Ethereum.

The World of Women #3090 is adorned by traits and properties such as Slightly open mouth, Medium Olive, Purple lips color, Tuxedo, and more. This NFT is available for sale at the price of 569.69 Ethereum.

It was sold by Impostor to 7948AA. The Women #6403 has traits and properties such as Purple Pink background, Bun hairstyle, Gold Ruler necklace, Stern mouth, and more. This NFT was transferred to ECB316 on the same day.

The current owner of this NFT owns several World of Women NFTs, along with Cool Cats, Deadfellaz, and many more. The owner has not put this NFT up for sale but for it, there is an offer of 7.186 Ethereum.

The number ten spot is also held by a Night Goddess. This World of Women NFT was purchased for 60 Ethereum or $197.6K on 12th January 2022. The collector who bought this NFT is ecoboy.

This NFT was transferred a lot and the final transfer was to 88341D on 22nd January 2022. The current owner of this NFT has collected spectacular NFTs such as Meebits, CyberKongz, Bored Apes, Doodles, and many more.

The World of Women #28 is adorned by properties such as a Blue-Green background, Psychedelic Dress, Green Straight Eyes, Passion Red lips color, and more. This NFT has not been put up for sale by the owner but it has a bid of 7.3264 Ethereum.

Embellished by different properties these World of Women NFTs have definitely secured a position for themselves in the NFT world. They have been sold for exceptionally high prices and there is a whole lot of reasons as to why they have sold for those prices.

The perks that they hold backed up by the donations that the project will make are enough to understand their high prices. On top of that, they will reinvest and fabricate the future of the project to add more perks and utilities.

This project is an inspiration to all the women of the world that they also have the potential to do something in this developing and innovative world.

Top 10 Most Expensive Meebits Ever Sold!