This is something that BAYC is unapologetic about. You know exactly what they are. The BAYC is the brainchild of 4 individuals who thought of the idea as one of their many small projects. Mainly projects to keep themselves busy with. But their side project exploded and has earned staggering returns. In this article we’ll show the 10 most expensive NFTs of BAYC ever sold and discuss what that means for NFTs.

The Sorare Fantasy Soccer NFT Game is the perfect way to get into the exciting and challenging world of fantasy soccer. You can purchase, verifiably own, and resell digital player cards NFT’s from more than 100 licensed teams, giving you the chance to create your dream lineups in fantasy leagues and win rewards. Plus, the in-game cards are a great way to show your support for your favorite team. So come join the fun and put your skills to the test!

This particular ape has sold for the highest price of any BAYC NFT. It was sold for a whopping 769 ETH worth $2.3 million USD. It has been sold twice in the last 4 months.

This ape has been sold over 3 times in the last year. Its latest value that it managed to achieve was 740 ETH at a value of $2.9 million USD. It managed to increase its value 7x in the last 3 months alone.

Probably the coolest looking ape that you’ll ever see. A crown and sunglasses – what more does an ape like this need? This ape managed to achieve a value of 697 ETH and a USD value of $2.67 million.

The multi-coloured grinning ape that is smiling all the way to the bank. This bright fellow achieved a total value of 600 ETH with a USD value of 2.27 million.

I think we all sometimes feel like this fellow looks. Disbelief? Frustration? We just don’t know. But he’s worth a lot. He sold for 550 WETH or $1.91 million USD. Just to keep everyone in the loop, WETH has a ratio of 1:1 with ETH. They are often used interchangeably. (We won’t get into why right now)

Look who’s back again! Well, there’s a good reason for that. People have spent a lot of money to get him. Before being sold to the wallet above (wallet owner names are not known), he was sold for 500 ETH at a value of $1.6 million USD. This was up considerably from his original 21 ETH.

This ape is done. You can just see it. And it’s probably with everything. Although when you see the price paid for him, you can probably relate. He was sold for 500 ETH at $1.56 million USD. Very similar to No. 6

Looking at Ape 8877, you would probably be reminded of Superman in some way – just a different colour. This bored and unshaven ape reached a sale value of 425 ETH or $1.3 million USD.

Almost completely a cyborg, this unhappy ape reached an impressive sale amount. Especially considering that this is the most recent sale of BAYC NFT. It retailed at 425 ETH or $1.3 million USD.

This is last ape of our list looking at the most expensive BAYC NFTs sold. Featuring an all-gold trim with a cigarette in his mouth. This uninterested ape reached a value of 420 Eth or $1.39 million USD.

What Does This Mean?

So, you may have noticed that we listed ETH & USD prices and that the USD values seemed to fluctuate. Don’t be alarmed that we’ve given you the wrong info. The BAYC NFTs are all based on the ETH blockchain, it is only fitting that the highest values achieved by them be reflected in ETH and not USD.

In the list above, there are some USD values that are higher than the others above them. Trust us, we did take that into account at the time of writing. What it means is that the ETH/USD price was different at the time of the sale. And as you are probably aware, the price of ETH does still fluctuate every now and then.

BAYC NFTs are exclusively sold on the NFT marketplace known as OpenSea. OpenSea has been widely regarded as the main online market for art NFTs. And this has been shown in the prices they have achieved on their platform.

BAYC is undoubtedly one of the most popular NFT art collections out there. They have been heralded as the standard to which all other NFTs should aspire to. But in this regard, it has only been in the last 6 months that this has been the case with regards to the huge sales each NFT above has received. None of them had been sold for close to what they were worth when minted.

The BAYC collection has ridden the perfect wave with the NFT trend that hit the market. And it often gets asked why it was that particular collection of apes; as there are in fact several. Was it the particular art style or the coverage that they had received before?

There is no simple answer to this. The most likely reason was it’s unfiltered and honest appeal. The creators of the BAYC didn’t care what they said or how they made the apes look. Some people would even consider some their work offensive. The creators just didn’t care what anyone else thought. It is punk rock after all.

If you go to the BAYC website, you will get an instant understanding of the culture that has been created around the BAYC. But more importantly, you can have a chance to see what they are working on next. 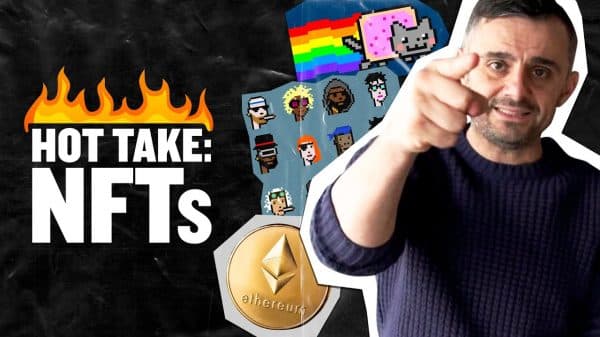