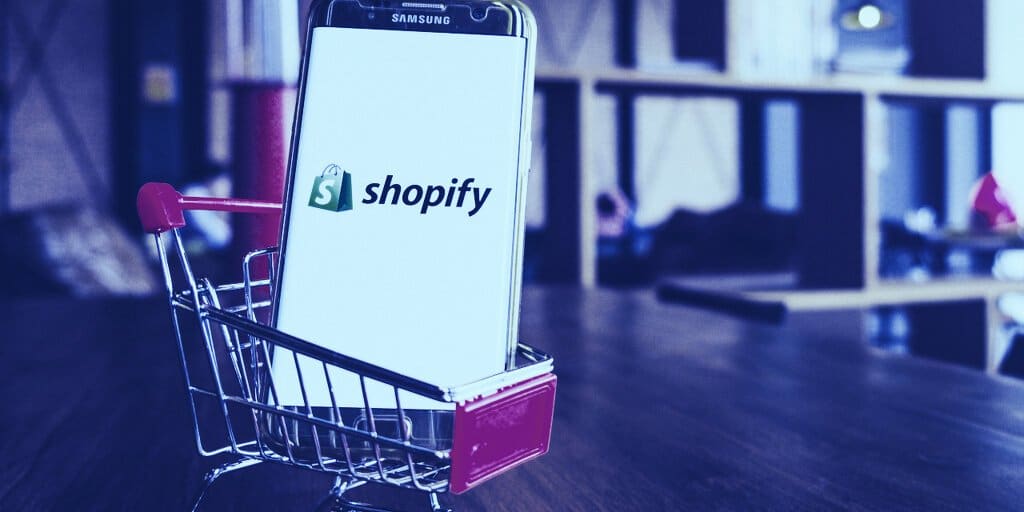 Shopify will soon allow e-commerce merchants to sell non-fungible tokens (NFTs) directly through its platform, a move that brings the digital assets a little further outside of the crypto-enthusiast sphere.

Company President Harley Finkelstein took to Twitter to announce the plans, noting that “If you’ve spent 1 minute on the internet this year, you’ve seen a lot about NFTS.” Finkelstein goes on to say that “We are making it easier for our merchants to sell NFTs directly through their stores, with one of the first being the @ChicagoBulls NFT store.”

By allowing merchants to sell NFTs directly to customers, Shopify hopes to hand back control of sales and encourage direct customer relationships. As it stands, those who wish to sell or buy NFTs need to use a third-party marketplace, such as Opensea.io or NiftyGateway. Finkelstein claims with Shopify’s latest offering, “…we are once again putting the power back into the hands of merchants and meeting customers how and where they want to buy.”

The NFT drop from the NBA’s Chicago Bulls will feature as one of the first examples of the new Shopify tech being used. The drop, announced last week, is called the “Bulls NFT Legacy Collection” and features a series of collectibles that champion the famous basketball team’s achievements throughout the decades with lightly animated images. The collection has multiple rarity levels, is randomly assigned, and has sold out consistently as each series drops.

As digital assets, non-fungible tokens are a type of cryptocurrency with water-tight deeds of ownership that are entirely transparent. These collectible tokens can be artwork, tweets, photo files, and even in-game items and land for virtual worlds. Using blockchain technology means these digital collectibles are truly unique creations, with provenance able to be proven easily. As Shopify opens the market up to more and more customers, the popularity of NFTs is expected to increase, despite already being well-established amongst tech-savvy generations.

NBA is no stranger to the NFT space either. Dapper Labs’ NBA Top Shot has already exceeded the $700 million total sales mark. The collectible series of tokens memorializes extraordinary NBA moments, with some of the sport’s most impressive shots turned into NFTs that can be bought and owned. With some sales as little as $1, the series has been a massive success, with over half of users buying “packs” of NFTs, just as you would a pack of trading cards. While there are some sales of over $200,000, such as some shots by LeBron, Dapper Labs CEO Garegozolou claims these headline-grabbing sales are not indicative of the market as a whole: “…the reality is, out of the four and a half-ish million transactions on the marketplace…over 3 million have been less than $50.”

While Shopify’s venturing into the space will most likely attract a few of these monster sales, the e-commerce platform will hope to capture the more steady stream of lower-value NFT sales too. In the first quarter of 2021 alone, the NFT market saw booming sales, seeing over $1.5 billion in trading volume and an estimated $2.5 billion in total for the first half of the year.

With a proven track record, Shopify’s pioneering Bulls NFT collection is minted by Dapper Labs too, and uses their Flow blockchain to authenticate and perform transactions. While Flow is the blockchain of choice for Dapper Labs, using it to great success with their Top Shot collection, Shopify insists their NFT plugin is not limited to just the one blockchain.

While the unique selling proposition of NFTs is apparent to those comfortable with the crypto space, for some, the idea of owning a collectible you cannot tangibly hold will take some getting used to. With Shopify’s e-commerce platform being one of the most prolific and profitable on the web, the expectation is that NFTs will soon find their way into the mainstream, establishing the market as a way for fans to truly own a piece of history or unique collectible.