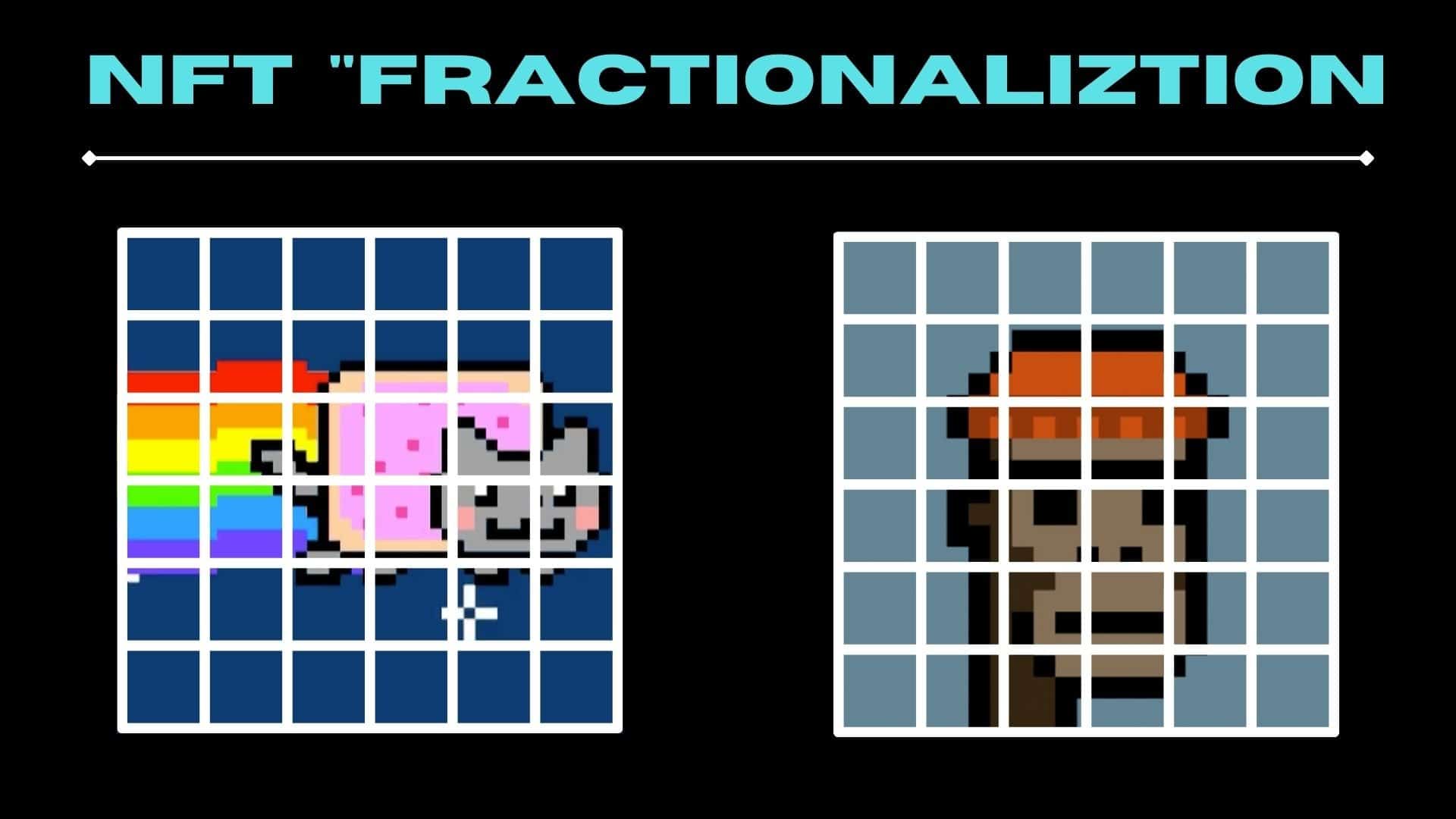 The NFT space is constantly evolving. Moving on from the early days of colored dot prototypes and Pepe memes, NFTs are now valuable assets worth millions of dollars. The immutability of blockchain technology, coupled with the guaranteed scarcity of digital assets, is leading to a growing interest from investors, both personal and institutional.

The success of the NFT space has led to prices skyrocketing. Despite offering investment opportunities at every scale, many NFT artworks and collectibles are now too expensive for a lot of investors to get involved in.

To keep the market liquid and allow even more chances for people to get involved, NFT fractionalization is now being offered by some token issuers. This essentially breaks an asset into smaller components that represent partial ownership.

Below, we’ll discuss what is NFT fractalization, how it differs from limited edition runs, and why it can be beneficial.

Non-fungible tokens (NFTs) is a term that’s starting to creep into common usage, at least amongst the investment crowd. Even if someone is not fully aware of the ins and outs of how NFTs work, they’re something digital generations have at least heard of.

For those unaware, NFTs are virtual representations of digital or physical assets. These exist as cryptographic tokens that live on blockchains such as Ethereum’s network. Through the cryptographic technology involved, an NFT’s scarcity is preserved, as well as its authenticity and ownership. Unlike fungible tokens like the dollar, ETH or BTC, they are not interchangeable. Instead, their value is unique, determined by a multitude of factors both on and off-chain.

Most NFTs to date are what’s known as ERC-721 tokens. ERC-721 is a token standard that immortalizes certain details about an asset, such as its minting date and ownership.

ERC-721’s leverage smart contracts to store these data on the blockchain. Whenever an NFT is exchanged, the smart contract is updated. They ensure an NFT is the original, allowing buyers to trace ownership back to its inception.

One of the problems of ERC-721 tokens, however, is they lead to a market that’s not very liquid. By not being interchangeable with other ERC-721 tokens, trading is more difficult and leads to higher prices. While good for holders of NFTs, this has the potential to eventually stunt the market’s growth.

What is NFT Fractionalization?

NFT fractionalization is a potential solution to the problem of illiquidity and unknown price estimation.

By utilizing ERC-20 tokens, NFTs can be split into smaller parts, with different parties owning “fractions” of the whole.

The process involves a smart contract artificially “splitting” an ERC-72 asset into a set number of interchangeable (fungible) ERC-20 tokens. Just as you can buy shares of a company, representing fractional ownership, ERC-20 tokens allow an NFT to be jointly owned in the same way,

The value of the ERC-20 tokens depends on how many fractions the original ERC-721 was split into and its own current value.

For example, let’s say we have a picture of an elephant that’s minted as an ERC-721 NFT, valued at $100. Suppose we choose to fractionalize the NFT with a smart contract, splitting it into 100 ERC-20 tokens. Each ERC-20 would then be worth $1. During a buying phase, one investor may choose to buy $51 worth of the fractionalized NFT, becoming the majority owner of the original ERC-721. If the elephant NFT suddenly finds itself more valuable, that investor could sell his ERC-20 for a higher value.

The amount of ERC-20 tokens an NFT can be split into is potentially limitless.  The original Doge NFT, for example, has recently been fractionalized into billions of tokens, with a total value now sitting over $500 million.

Fractionalization, therefore, allows investor participation in NFTs that otherwise would be too expensive.

Fractionalization differs from limited edition runs in that scarcity is retained.

When creating a set of limited edition NFTs, the same asset is minted onto the blockchain multiple times. Sometimes differing in subtle ways, a limited edition’s price is often simply down to being numerically different. Just as a first edition print of an old novel is worth more than a modern reprint, NFT edition number one tends to carry more clout than number ten.

We can see this with the work of Trevor Jones, the NFT artist.

His piece “Picasso’s Bull” was minted in 4 editions. The original last sold for $55,000, whereas the “Bronze” edition #4 went for $200. While it may seem arbitrary, we value scarcity and primacy.

Fractionalization, though it sounds similar, differs from the minting of limited editions in that the creation of ERC-20 tokens doesn’t involve creating more editions of the NFT. A single NFT can involve thousands of individual transactions of tokens, and yet the original ERC-721 still remains the only one in existence.

Fractional ownership does not, therefore, involve creating more editions of an NFT.

One of the key benefits of fractionalizing an NFT is to maintain asset liquidity.

With NFTs like ‘Covid Alien’ CryptoPunk selling for $11.7 million, and Beeple’s Everydays going for an enormous $69 million in early 2021, digital assets are now considered high-value. The downside to this is that as prices continue to rise, sales begin to slow, and the market becomes illiquid.

Fractionalization could keep the NFT market moving by allowing investors with less capital to stake partial ownership of some of these big-ticket items.

The upshot of this is that it allows the price of an NFT to be determined. One of the main causes of market illiquidity is not having a good method of price discovery. If you don’t really know what something’s worth, people are less likely to invest in it.

Fractionalization, again, helps here. Using a smart contract to divide the NFT into fungible fractions (ERC-20 tokens) that are traded on the open market enabled a generalized picture to emerge. If you know the ERC-20s of an NFT trade for $10 and the ERC-721 is fractionalized into 100 tokens, you can assume it’s currently worth around $10,000.

Additionally, fractionalization is in keeping with the spirit of crypto as a whole. Bitcoin’s creator, Satoshi Nakamoto, sought a way to let the individual financially empower themselves. Fractionalized NFTs open up even more opportunities for this to happen, allowing smaller investors and collectors to participate where they otherwise wouldn’t be able to.

CAN NFT’S BE STOLEN? MUST READ! FOR YOUR SAFETY