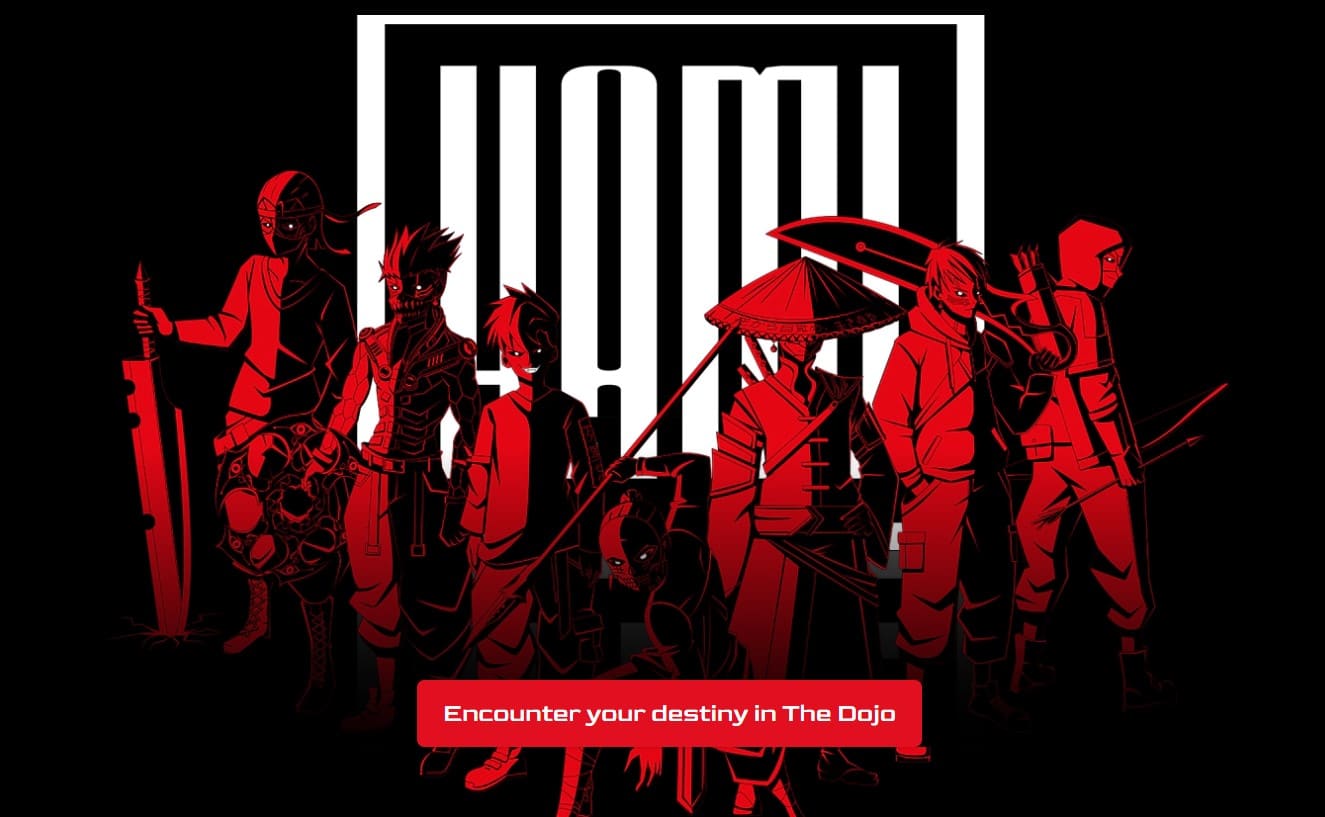 KAMI TRIBE AT A GLANCE

Taking inspiration from the artwork of Japan’s anime and manga, KAMI Tribe is an NFT collection featuring 6,999 randomly generated warrior portraits, utilizing the Ethereum blockchain. Each KAMI features an iconic hero designed in a two-tone style reminiscent of manga artwork. Amongst the NFT space, the project stands out for its choice to swerve the 8-Bit and 3D-rendered trend choosing instead to use a hand-drawn ink and line style, chiming well with fans.

The project is drawing a lot of attention, with a busy Discord that already has over 30,000 active community members, despite the project not yet being launched. In purchasing a KAMI NFT, you not only acquire a valuable digital collectible but you also become a Tribe member, granting access to the Dojo. This exclusive area of the KAMI website will reward holders with benefits that increase over time.

With long-term goals, the NFT project is just the beginning, with holders rewarded continuously throughout development, ticking all the right boxes for anime fans.

The story behind Kami Tribe

Before time came the divine spirits. After observing how empty the world was, the spirits gave rise to two deities, Kuragari and  Hikari, a divine couple tasked with filling the world with creation.

Drawing his sword from the primordial waters, Kuragari proceeded to create the Ethereum World as the drops of water fell from his sword. After this initial act of creation, Kuragari and Hikari performed the union ritual, giving rise to a new generation of divinities.

Despite being acts of divine creation, these human-like beings fought relentlessly amongst themselves in tribal warfare, vying for more power, more land, and more control.

Observing the corruption, Kuragari cut himself, forming the KamiTribe, a collection of 6,999 divinities.

It is these divinities that make up the KAMI collection, ready to be released into the Ethereum World and cleanse the land.

The collection can be sub-divided into 3 ranks that vary in rarity: Saburo, Isamu, and Akihiro.

Each token can be further broken down into 4 attributes:

With an almost unlimited amount of combinations, each and every KAMI is entirely unique.

The most common of KAMI NFTs, the Saburo are still formidable warriors, renowned for their strength and battle perseverance. Saburo tribe members are usually the first to dive into combat and can be recognized in the collection by the black and white color scheme.

Isamu NFTs are classed as uncommon and semi-rare, identifiable by their red and black artwork. These heroes are known for their agility and guile. Particularly useful in battle, Isamu are experts at ambushing their opponent.

The rarest tokens in the collection, Akihiro are considered the leaders of the Kamitribe and feature a yellow and black color scheme. With just a few Akihiro in existence, these warriors command the battlefield, known for their high intelligence and combat awareness. As sovereign divinities, Isamu and Saburo are subordinate to Akihiro.

The project has some big plans with the first being the establishment of a DAO and a VIP club, known as the Hideout. This decentralized-autonomous organization will be used to vote on the direction of the project and give the community of NFT holders a voice through a utility token.

The Hideout will effectively be a VIP-only club where holders will be rewarded with perks such as discounts, merch, insider info, and Discord rights.

Later in the project’s life, the team also has big plans for the KAMI universe with the creation of an MMORPG called KAMI-Online. While details on this are still scarce, the project’s lore and artwork have certainly captured the imagination of plenty within the community already.

Where can I mint a KAMI NFT?

KAMI NFTs can be minted on the official website (https://www.kamitribe.com/).

Upon selling out, the NFTs can be obtained from third-party NFT marketplaces.

When can I mint?

How much will KAMI cost to mint?

Of course, being an Ethereum-based project, collectors should ensure their crypto-wallet also has enough funds to cover any gas fees as well.

How many KAMI NFTs are there?

What ownership rights do holders have?

Reaching our final conclusion, you must step into the Kamiverse and help the divine deities to cleanse the world of pain and sorrow.