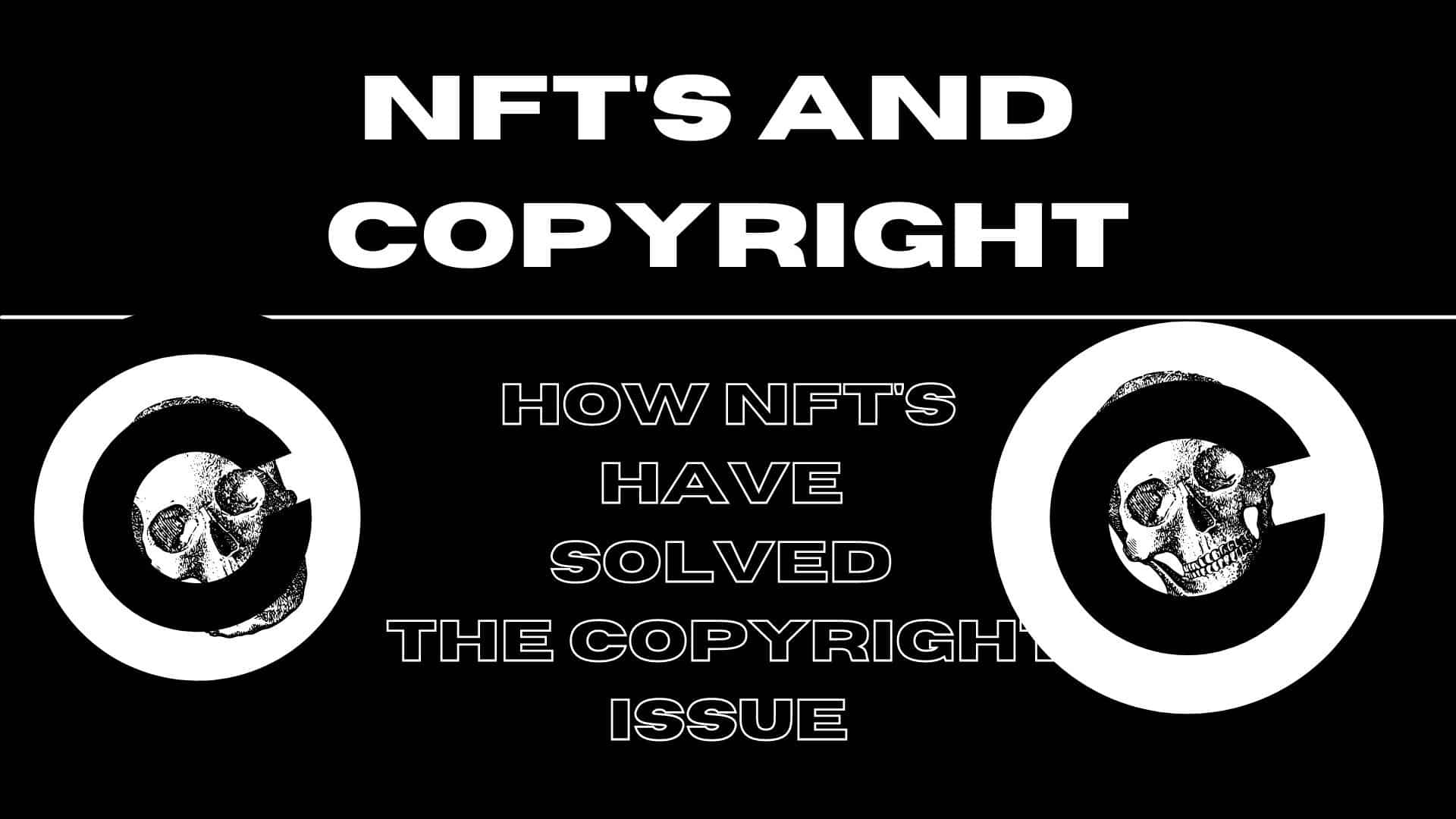 If you are wondering or confused about copyright issues with NFT’s and NFT artworks, today in this article, I will explain everything about NFT’s, and the issues with Copyright.

Although, copyright is indeed a very simple issue for NFT’s because of the fact that the existence of NFT’s itself has solved the issue for us. Let me explain how?.

By default, all artworks are copyrighted. Meaning, you just cannot use the artwork or paintings of another artists freely for commercial use without their permission or paying them.

However, due to the nature of the internet and how copyright laws are abused by many people on the internet, many artists have suffered the problem of copyrights and faced terrible losses. Especially, Digital Art where it just takes an option of “Save image as” to steal the work of other artists.

However, saving the image and using it while still crediting the artist by asking for his permission first is still fine unless if you are using it for commercial purposes, then you might have to pay the artist or purchase the artwork directly from the artist.

But there have been people on the internet who have literally used works of other artists and claimed them their own. In fact, for artists it’s pretty hard to really catch up with every stolen artwork.

However, with NFT’s, the copyright issue has somewhat become solved.

NFT’s are basically digital collectibles that are based on the blockchain technology, and these are digital assets that can be anything from Original Artworks, Trading cards, Music, Animations or anything digital. NFT’s are special and unique because they cannot be duplicated, replicated or replaced.

This ability of NFT’s to be irreplaceable is possible because of the blockchain technology that is installed upon them. Which means that each NFT’s have a specific data, extra information or code that allows users or owners to verify ownership of the NFT or NFT asset. This was possible due to the Ethererum Blockchain that allows tokens to hold additional information or data which are all stored in the blockchain.

This means that NFT Artworks or assets cannot be duplicated. Each NFT’s are unique to each other and there can be only one-of-a-kind of that NFT. This makes the NFT asset really unique and rare.

HOW NFT’s HAVE SOLVED THE COPYRIGHT ISSUE?

So, how have the existence of NFT, solved the copyright issue that artists were facing?.

Practically, speaking, it now really doesn’t matter whether an Artwork or a Digital Asset made by a creator is copyrighted or not.

So as long as the digital asset is converted into an NFT, it gets a NFT Token ID that becomes the signature of ownership for the creator. Which means if a person doubts about who owns the NFT asset, he can easily look up in the Blockchain by using the data given by the NFT Token and find the real owner.

This is the real power of NFT’s and which is also the reason why so many artists have completely changed their life. Because now, nobody can claim the work of any artist even if he tries to do so. As the ownership data is stored on the blockchain itself and on top of that, it’s impossible for the person to create a replica of that digital asset.

Therefore, NFT’s have really created a layer of protection for the artists and it has enabled artists to freely and openly sell their work or display it on exhibition without any fear of losing the work.