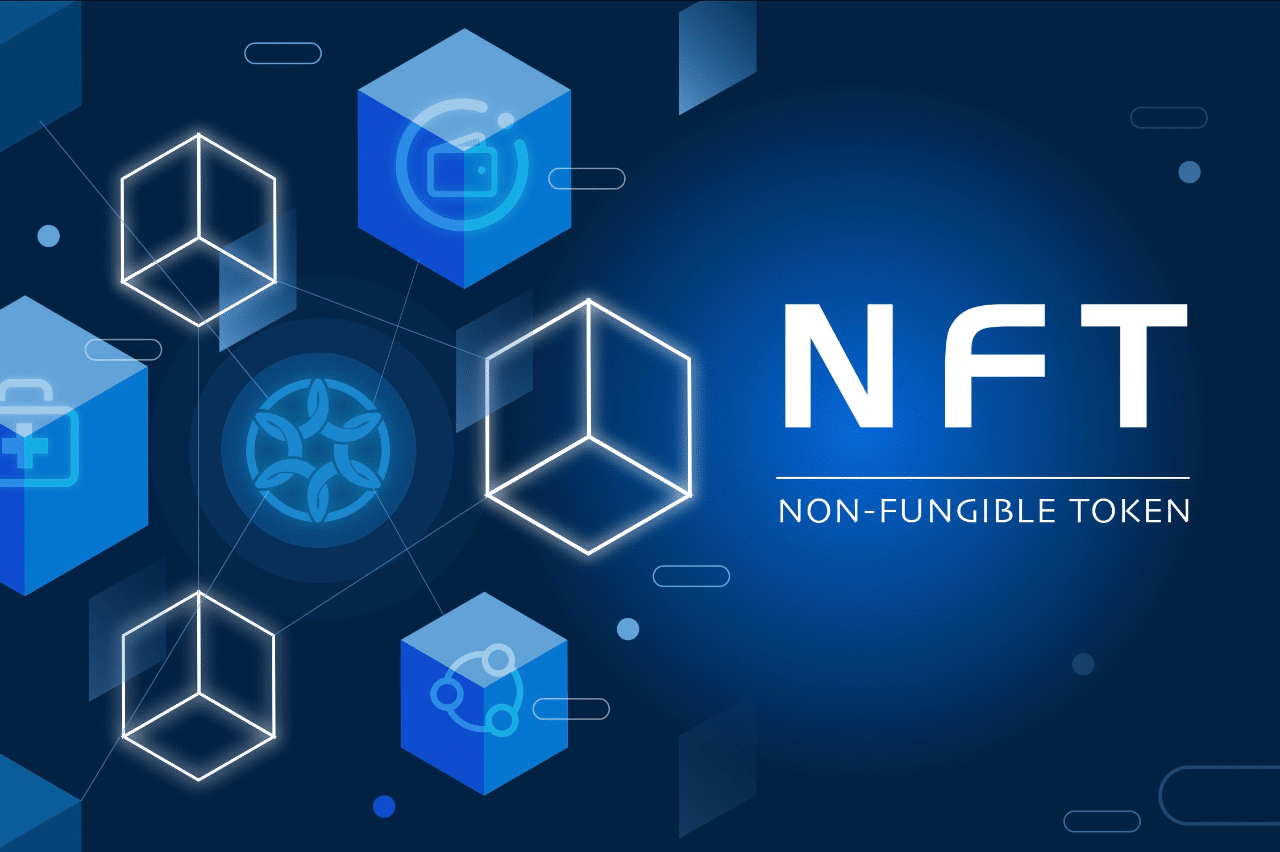 Most of us now know how to use NFTs. We hop on over to our favorite platform, do a bit of research and buy or sell our NFTs relatively easily. The whole process has become quite user-friendly, making it a cinch for almost anyone to get involved in NFT investment and creation.

Just like with a car, we don’t necessarily need to understand how NFTs work to be able to use them. But, also like a car, a basic understanding of the technology involved can help get the most out of NFTs, resolve problems, and can be used to predict where the technology is heading.

Here, we’ll answer the question, “How do NFTs work?” by looking at the Ethereum blockchain, smart contracts, and the origins of NFTs.

Ethereum is still by far the most dominant blockchain of choice for NFTs. While Bitcoin is busy trying to become Gold 2.0 and a viable alternative to fiat currency, Ethereum is positioning itself as the next stage of the internet, allowing not only the storing of value but the execution of computer code.

By being able to execute this code, Ethereum can be used to make secure transactions, earn interest by staking funds, trade other cryptocurrencies, execute the functions of decentralized apps and games, and of course, use and store NFTs.

This means that the blockchain network exists not in a single location but spread out across the globe, existing on thousands of computers. These computers act as “nodes” and, by running the Ethereum software (Ethereum Virtual Machine), are in constant communication with one another.

Decentralizing a network in this way makes it much harder to take down, with other computers simply picking up the slack should a node stop functioning.

Ethereum, Bitcoin, and other decentralized blockchains are so secure because they operate on a permission-less ledger system. Each node within the network has a copy of this ledger, and it is updated constantly. The validation and writing of “blocks” of data to the ledger are known as mining. Miners use computer power to do this and are rewarded for doing so.

Ethereum transactions are therefore entirely transparent. While pseudo-anonymity can be maintained, the transactions conducted on the blockchain are preserved by the ledger and can be viewed by anyone. This discourages abuse.

Smart Contracts and How NFTs Work

The killer feature of Ethereum is its ability to execute smart contracts.

Smart contracts are automatic agreements between two parties. These are written in computer code and stored on the Ethereum blockchain, making dispute impossible and removing the need for trust. With smart contracts, when certain conditions are met, the code is executed without the need for intermediaries.

Smart contracts can prove and track ownership and ensure safe and secure transactions.

For example, two parties could agree on the idea that a certain sum of Ether should be transferred after a set amount of time, 2 ETH after one week. This can be understood as a simple if-then statement.

IF 1 week has passed, THEN transfer 2 ETH

While this is a relatively basic example, the principle remains the same for all smart contracts. The fulfillment of specifiable criteria allows the automatic execution of the smart contract’s code.

When someone mints an NFT, not only are they creating an ERC-721 or ERC-1155 token, but they’re simultaneously establishing a smart contract on the Ethereum blockchain.

For NFTs, smart contracts provide a way to prove ownership and authenticity.

The NFT itself is an ID number contained within the smart contract’s code along with other information such as which digital wallet address currently owns it, the date of creation, previous owners, etc. Other decentralized applications (dApps) that interface with the Ethereum blockchain can then access and use this information freely. By keeping the smart contract on the blockchain, ownership is irrefutable.

The Value of NFTs

While smart contracts keep a tamper-proof record of who owns what token, it doesn’t explain how NFTs become so valuable.

NFTs get their value first and foremost from their scarcity. Being non-fungible, they are unique. Smart contracts ensure that there can only ever be a single CryptoPunk #7523, for example, even if I go and mint myself a copy.

While I may have something that looks and behaves exactly the same on the blockchain, smart contracts ensure that mine is worth nothing, and the original is worth over $11 million. We can see that the original was claimed in June 2017, sold a month later, transferred a bunch of times in 2021, and now is owned by the address 0x405b96e2538ac85ee8.

When it comes to collectibles like CryptoPunks, CryptoKitties, and NFT gaming, rare characteristics helps determine value. CryptoPunk #7523, for example, is one of only nine classes as “alien.” With 10,000 CryptoPunks in existence, this scarcity alone makes it a sought-after collectible. Bringing its value up yet further are less quantifiable factors. The relevance of the COVID-19 pandemic is perhaps significant in its value, for example, as #7523 is wearing a face mask, another relatively rare attribute.

When it comes to cryptoart, the quality of the piece and the renown of the artist play a large role. Artists like Fewocious have seen the value of their work skyrocket after gaining a following and receiving mainstream coverage.

With NFTs like Beeple’s Everydays fetching the enormous price of $69 million, investors are banking big on the idea that the future is blockchain. Getting hold of these early NFTs is considered an opportunity to get in at the ground level on something that’s about to revolutionize the world of ownership.

The value of NFTs is, therefore, part speculation, but also a well-founded belief that the future of ownership and finance will heavily involve blockchain technology. Ownership of NFTs now could prove extremely lucrative in the future.

While the rise of NFTs seems to have happened overnight, it all started in 2012-2013 with the Colored Coins project. Running on Bitcoin, Colored Coins attempted to encode ownership of real-world assets on the blockchain. Bitcoin’s scripting allowed only a very small amount of metadata to be stored, making it largely unsuitable for this sort of application. However, it did inspire other blockchains like Ethereum to explore the idea of asset ownership.

Following on from Colored Coins, Counterparty leveraged the Bitcoin network to create digital tokens that can represent anything, allowing instantaneous transferring of ownership. Still going today, Counterparty was also instrumental in establishing the idea of digital asset ownership.

Tapping into the world of internet memes, Rare Pepes was a project that saw artwork traded featuring the Pepe the Frog character. Initially, this project started on the Counterparty network, slowly moving to the emerging Ethereum blockchain as Pepereum. For many, this signals the start of cryptoart and the beginning of NFTs.

With Ethereum now relatively well-established, projects began to experiment with the new technology. As a result, CryptoPunks and CryptoKitties were launched. Both made use of Ethereum’s smart contract functions to create true scarcity and unique assets with ERC-721 tokens.

Future of NFTs and Smart Contracts

Smart contracts and NFTs go hand in hand. Together they’re changing the way we prove ownership, transact, and do deals. DeFi is already integrating NFTs as collateral on lending and producing tracking indexes of some of the biggest on the market.

Third-party APIs known as Oracles are also beginning to become a mainstay of smart contracts. These allow trusted external sources of data to be integrated into smart contracts, meaning real-world events can be factored into code execution. This technology can be used to create dynamic NFTs that respond to outside events.

By utilizing smart contracts and NFTs, we will likely also see shared ownership of real-world assets in the same way shares in a company are handled.

The Doge meme, for example, is an expensive NFT, beyond the financial reach of most of us, costing millions of dollars. But by fractionalizing the NFT, investors can get involved at a price they’re comfortable with. By fractionalizing an NFT, it becomes represented by millions of fungible ERC-20 tokens, called DOG, which currently cost less than a dollar. Keeping track of all this part ownership are smart contracts.

Smart contracts are also finding massive use in NFT gaming. Games like Axie Infinity, Gods Unchained, and Splinterlands keep track of who owns what in-game assets and ensure transactions are completed should certain conditions are met. Gods Unchained, for example, is a card game similar to Magic the Gathering. Instead of owning physical cards, however, players of Gods Unchained own a virtual deck with ownership overseen by smart contracts and NFTs. These cards can then be sold, bought, and traded securely on NFT marketplaces or even used for applications, thanks to the interoperability of Ethereum tokens.

NFTs and smart contracts are currently only utilized by a sub-section of games. However, commercial gaming is likely to soon get involved. Players in games like Fortnite, CS:GO, and Call of Duty treat in-game cosmetics as a form of bragging rights and are used to flex gaming prowess.

Functions in games like CS:GO that display cosmetics to viewers in closer detail show how digital items can be used as a flex. Despite these virtual items being quite valuable, there is no real proof of ownership. Lose your account, and you can potentially lose thousands of dollars worth of items. These items are also not readily tradeable, with players often having to resort to insecure methods to conduct trades.

NFT and smart contract integration is likely in the future, therefore, to establish virtual asset ownership and in-game items like gun skins, digital land ownership, and wearables. It’s still early days, but by tapping into blockchains like Ethereum, all games could potentially become play-to-earn.

While no one really knows what’s next for the NFT space, smart contracts mean there are no limits to the possibilities, opening up opportunities that previously could not even be envisioned.