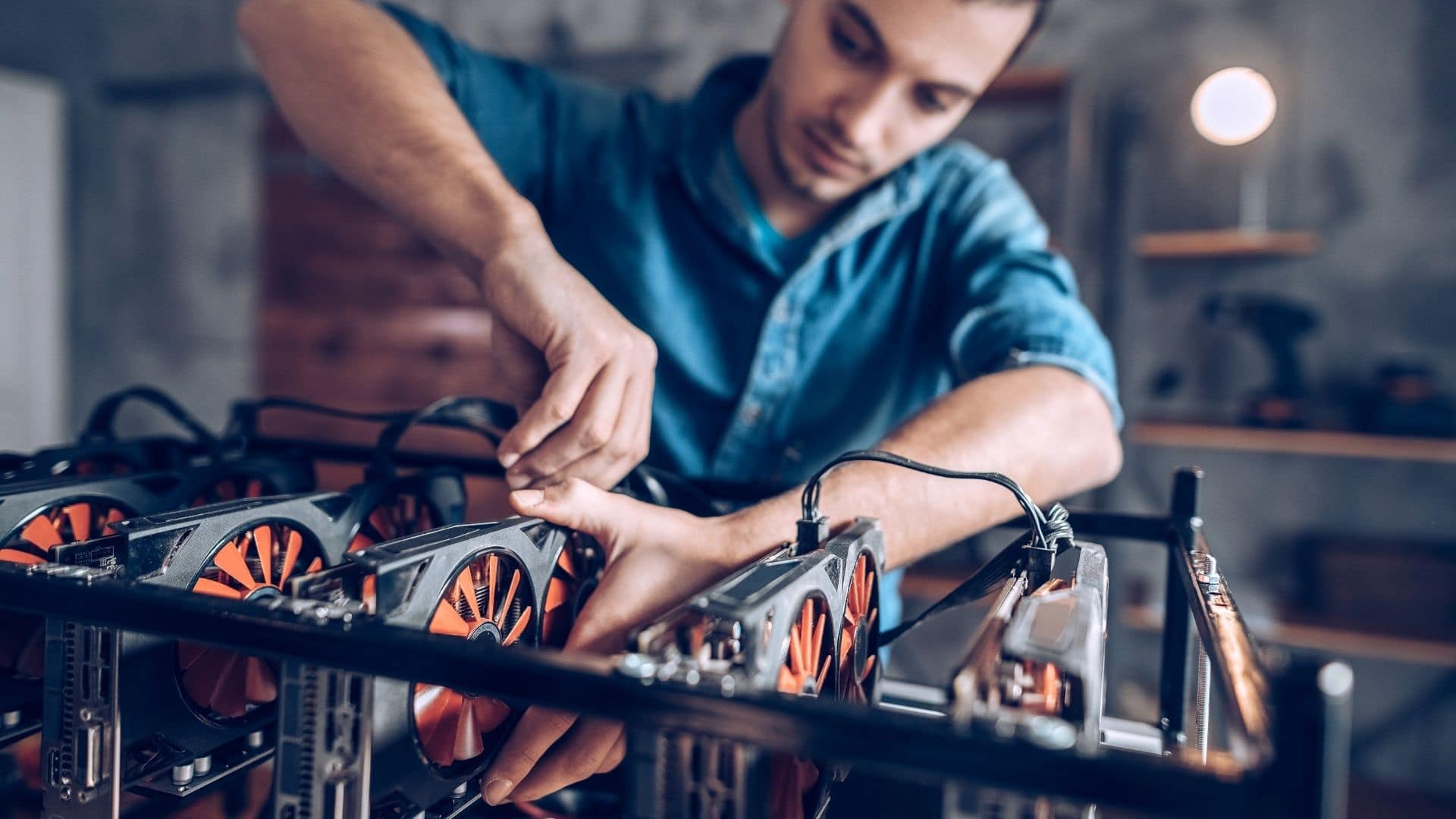 The popularity of NFTs has exploded in the past 18 months with sales of non-fungibles totaling $25 billion in 2021 alone. Rewind just a year or two and you’d be hard pushed to find many people in the crypto space that even knew what an NFT was, let alone be involved in the market. Now though, with the introduction of NFT art, collectibles, gaming applications, and celebrity endorsements, owning and investing in non-fungibles has become a mainstream obsession.

Not only is the space almost as big as the traditional art market, but the future potential looks almost limitless with integration into the metaverse and web3 an inevitability.

The elephant in the room, however, is the effect NFTs have on the environment. While purely digital, the energy consumption needed to create, transfer, and even burn an NFT is orders of magnitude above what most people expect, with blockchains like Ethereum demanding considerable computing power to complete even small tasks.

For any collector, investor, or creator then, it’s important to ask how do NFTs affect the environment and understand the challenges the market faces in becoming more sustainable. Here then, we’ll take a look at these issues and consider where NFTs are heading in overcoming these obstacles.

In order to grasp exactly why NFTs in their current form are not exactly green, we need to understand how the technology works.

Non-fungible tokens utilize blockchains to verify and guarantee ownership of an asset. Rather than existing in a single location, these blockchains exist as computers, distributed across the globe, coordinating to keep track of transactions and data.

Being non-fungible, each and every token is unique and essentially irreplaceable. As it stands, most NFTs make use of the Ethereum blockchain that can be said to have kicked off the non-fungible market with projects like CryptoPunks and CryptoKitties.

Every time an NFT is minted, transferred, bought, or sold, this involves a blockchain processing some information and writing to the public ledger. And while the amount of data being processed and stored is relatively small, the nature of blockchains means this can still require a large amount of energy.

This is because blockchains like Ethereum still rely on what’s called a proof-of-work consensus protocol. This means the blockchain’s computers have to race to solve complex cryptographic problems, with the first to solve it being rewarded with gas fees for their efforts. This is known as “mining.”

And it’s this mining that is the real issue when it comes to NFTs. As the blockchain increases in size, in order to remain profitable, miners will invest in increasingly powerful hardware to solve more proof-of-work problems. This creates a situation where miners are constantly increasing the amount of energy they use from the electricity supply.

While most nations are seeking ways to create a more sustainable power grid, the reality is that a good portion of electricity is still produced by non-green means such as coal. These energy sources emit greenhouse gases and contribute towards climate change.

How much energy do NFTs use?

Estimating exactly how much energy and how NFTs affect the environment is difficult. The space is but a few years old and there has been no truly scientific study to measure its impact.

Nevertheless, estimates have been made. Concerned by the effect his foray into the world of NFT art was having on the environment, creative technologist Memo Akten (http://www.memo.tv/) decided to trace the blockchain activity relating to 18,000 different NFTs artworks. This proved a difficult task given that energy is used not just in the minting of the token but also any time someone places a bid, transfers the token, buys, or sells. Not to mention the fact that an NFT may have just a handful of NFTs but each with dozens of “editions.”

As a way to encourage the NFT space to adopt more sustainable practices, Akten created the (now defunct) website cryptoart.wtf (http://cryptoart.wtf/) detailing his findings. While the estimates were admittedly unscientific, he found that the average NFT approached the average energy consumption of a person living in the EU for an entire month. Akten hypothesized that even if he overestimated some elements, the energy consumption is still extremely large.

While there has been pressure for miners to ensure their energy supply is as green as possible, most believe the issue is best resolved by moving to a different consensus protocol.

The proof-of-stake model involves “stakers” locking up their cryptocurrency for a set amount of time, typically in pools with others. Staking involves offering your crypto to validator nodes that will then perform a review of a block being added to the blockchain. Those staked in that node will receive a reward as a result.

While Ethereum is in the process of moving towards this model, it is already in place with blockchains such as Solana and Cardano that are now seeing their own NFT marketplaces open up. These networks are theoretically faster than Ethereum in its current state and consume significantly less energy.

However, the proof-of-work system is still considered the most secure consensus model and many still feel Ethereum’s tokens such as ERC-721 are the gold standard of NFTs.

Another option to reduce the environmental impact of NFTs is by rounding up transactions and only interacting with the blockchain periodically.

Known as “rollups” these networks operate as a separate layer on top of Ethereum and other blockchains and speed up transactions considerably while also allowing gas fees a fraction of the cost of Ethereum’s. They can be thought of as a packed bus, transporting lots of blocks at once, rather than one passenger at a time like a cab.

Solutions such as Immutable X (https://www.immutable.com/) are now beginning to emerge which is a layer-2 on Ethereum for NFTs that has no gas fees, fast transactions and is considered carbon neutral. Layer-2s such as this will help Ethereum and other blockchains handle increased usage as NFTs become more widespread and find use in gaming and the metaverse, reducing carbon emissions.

In its current form, the NFT space is not sustainable. Contributing to the global climate crisis, proof-of-work blockchains such as Ethereum are simply unsuitable for the demand it now finds itself in, causing high gas fees and failing in its environmental responsibility. Fortunately, there are solutions and these are now beginning to emerge that benefit both blockchain users and out planet as a result.