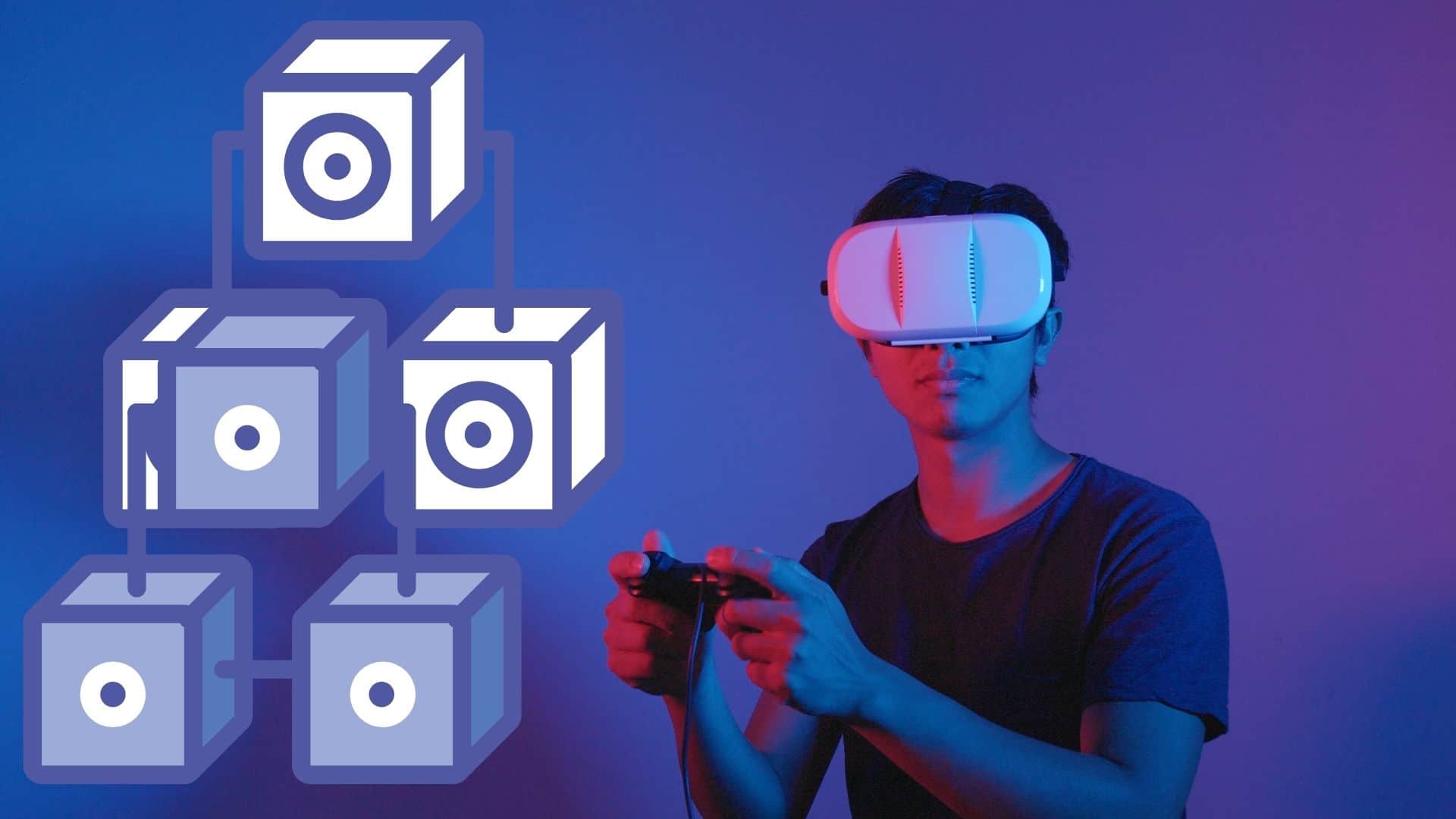 The technology is actually able to be applied to so much more than that. It is creating a revolution in the digital sphere of thinking. Take the Island of Malta for example. They introduced some new crypto laws; not to restrict their use, but to actually be able to implement it into their governing processes. With the new laws that were passed, state institutions actually handed people their diploma using blockchain technology. They even ran some of their government platforms using blockchain technology.

Most recently, the blockchain technology has become associated with NFTs as well. Specifically in creating digital items that can be traced to their original origin. It has changed the way digital “items” are seen. Suddenly the digital world could verify its sources and not believe that the Internet would just copy everything and the original digital source would be lost in obscurity.

What Does This Have to Do with Gaming?

The simple answer is: lots. The reason for that is because digital items in games have been a thing for over 15 years already. The problem being that people couldn’t associate any value to those items because those items had to stay in-game. And they were only relevant to the game. Blockchain technology however is changing that.

Many gamers have experienced the issue that they spend quite a lot of money and time on games. And any value generated to them has been personal at most. It starts in the game, and it ends in the game – until now.

The Defining Difference: Play to Earn

Once tech companies started to realize what blockchain technology was and that it had greater potential than just securing DeFi. Some companies realized that they could use the blockchain to create real-world (established financial) value.

The gaming community is vast. And there is such a large array of people in it. When gaming and tech platforms realized that they could link digital gaming items to crypto – an amazing market gap was realized.

People who previously were quite satisfied in spending their leisure hours enjoying their games could now earn money for their virtual collections. Now knowing that minting digital items using the blockchain and linking that real money, it kind of seems like a no brainer.

The concept of in game coins is not new. It’s been around for a long time. But once people paid for those tokens, their perceived ‘real’ money could not be converted back and that any money spent on the game was forever spent. The blockchain technology was finally able to address that.

But some tech platforms took things a small step further than just adding value to games. They realized that people were already playing games for fun, why not create even more value by having players earn coins by playing their games. What an incentive to get people playing on some platforms!

By creating a new gaming platform, companies could now encourage people to use their technology and earn some money for themselves using time that they would otherwise have just leisurely used. And the more people that earn, the more valuable the digital currency becomes.

However, there has been a slight stumbling block to some players joining the tech and gaming platforms’ ventures. This little issue is of course about money. They say that to make money, you have to spend money. And that has been the approach of most NFT games so far.

These gaming platforms require new users to pay to use the game. They do this is in the form of making players buy their starting characters. And while it is not like traditional games where the initial money that players spend in game isn’t returned in value. It does prevent a slight barrier for entry for new players.

NFT games should actually be seen as an investment. You put in a certain amount of money and then over time you should be able to get back a return. And the return value will depend on the value of the coins and all other factors related to crypto.

Another large factor that can influence new players is that they see games as a way of spending leisure. They don’t see it as a way to still enjoy that leisure and make some money. For some it be seen as a way in which their leisure would not be so relaxing, while others view it as a way of justifying their time.

Micro-transactions in games are booming thanks to games like Fortnite, Call of Duty and other similar games. Players will spend good amounts of money on skins and treasure boxes for the appeal in enjoying the games more. It is also used as a way to leverage the game and win more than they would otherwise.

Blockchain technology is making these transactions a two-sided relationship. Players can pay money into the game and they can get good money out of it – even more than they put in. This is obviously going to change the way people see games and micro-transactions.

But what is the bigger picture of the adaption of blockchain gaming? We’ve talked about how blockchain started and how it branched out into the gaming community. But how does it factor into the scope of things overall if the blockchain is more than just crypto-currency? Easy, it fits into the metaverse.

You may be forgiven for thinking that we’re about to explain the newly rebranded Facebook Group. The Metaverse is so much more than Mark’s Meta. The metaverse is the fancy name for the digital universe that is being made larger and larger.

It is the place where all sorts of digital services are becoming more interconnected and interoperable. Meaning that lots of exclusive ways of doing things are becoming decentralized and more accessible to more people than ever before.

Blockchain gaming has opened up many more possibilities of creating a virtual space where real value is created. It also has a knock-on effect for digital and virtual services in general. The more people that begin to use these type of tech platforms, the more things change.

A new ecosystem with its own economy is being created that is not bound by physical limitations. Take for instance land barriers, each nation has their own physical boundary and separate laws that govern those boundaries. With digital services and the metaverse, people are being united in a very unique way. A new way of doing things is starting to unfold.

More to Be Done

Another possible area of concern is how certain people might spend months working to obtain a certain item in a game where a noob with super deep pockets just walks in and buys a similar item without putting the effort in. Some suggested ways around this issue include limiting the progression of players. So, if they put in x amount of time, they can buy worth items. Kind of like a pre-qualifying characteristic.

Another area that needs to be worked on the blockchain is its capability bandwidth. Some currencies are not able to handle the large amounts of data to process all the verification transactions quickly enough. This happened with the Ethereum crypto in 2018 with Crypto-Kitties. The system became so slow and expensive because it wasn’t able to handle the data.

So, we can see that the system is far from perfect. But it has the capability to become something really special and ground breaking. It has the potential to change they way things are done traditionally. Gaming as we know it is going to change. We believe that it is for the better. But that there is till a lot of work that is going to need to be done to get it there. The question is, will you join it now, or later?

Talking about hardware wallets! – The Ledger Nano X was one of the most popular hardware wallets on the market, and now they’ve released a new version with some major upgrades! – Check out the full review here.