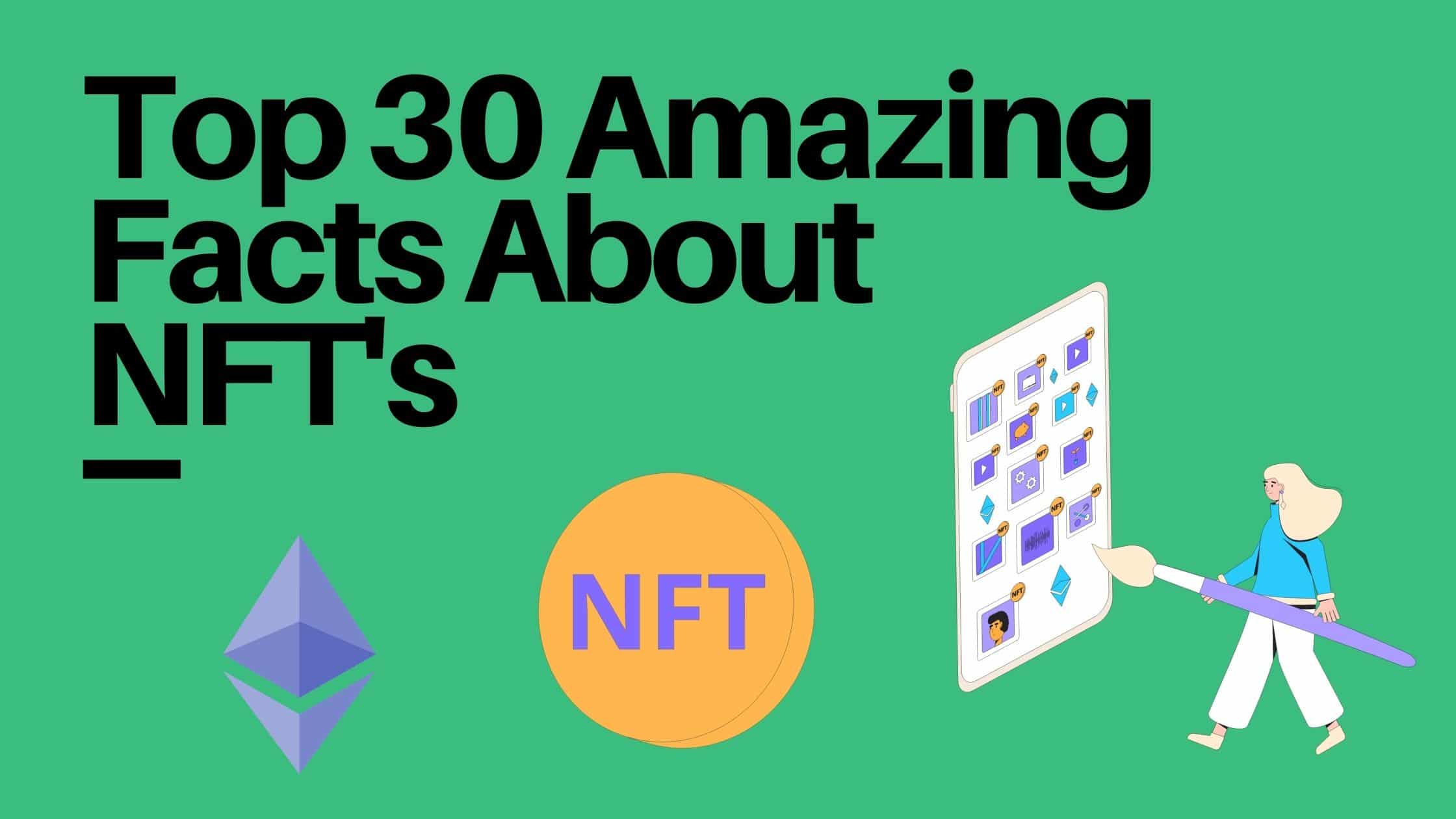 From Pepe memes and CryptoPunks to smart contracts and loan collateral, the world of NFTs is evolving at a rapid pace. Non-fungible tokens (NFTs) have revolutionized the way we think about digital assets, making their ownership legitimate and their sale secure. For many artists and collectors, NFTs represent the future, enabling financial freedom for creativity and opportunities to invest.

But before we dive deep into the article, Take a look at – Femmes Bizarre NFT Collection.

A young feminine artist created an uncompromising collection of art that consists of 11,111 creative NFT’s living in the Ethereum Blockchain. The one thing that comes to my mind after looking at her collection is creativity and talent at its finest as she has combined her passion for fashion and creativity and used the medium of Non-Fungible Tokens to share her art with the world.

With ambitious visions of creating a Global Brand around her art, Metaverse, Charity and so much more. If you haven’t checked out the Femmes Bizarre NFT Collection, you should absolutely do so.

To understand the space’s stratospheric rise in popularity and the emerging of the space, here are the Top 30 Facts About NFTs

Unlike cryptocurrencies like Bitcoin, NFTs are all unique. Typically using the Ethereum token standard of ERC-721, each and every NFT minted is a verifiably unique asset that is worth as much as someone’s willing to pay for it.

2. Smart contracts mean anything digital can become an NFT

Literally, anything digital can become an NFT. Though most of the buzz surrounds the selling of digital art and collectibles, the flexibility of the technology means almost anything can be tokenized. Domain names, in-game assets, tweets, songs, and videos, just to name a few things, can all be linked to a smart contract, establishing proof of ownership.

Considered the new disruptor to the art market, NFTs are making waves in a sector previously occupied exclusively by traditional investors. Marketplaces like OpenSea, Nifty Gateway, and SuperRare are now bringing artists like Trevor Jones and Fewocious together with investors looking for the next big thing. With over 1.4 million daily unique users and over $1.2 billion in sales in July of 2021 alone, the market is bursting with opportunity.

5. Most NFTs exist on Ethereum

Though other blockchain networks are used to mint NFTs, the most popular remains Ethereum. While Ethereum supports fungible tokens like ETH, it differs from blockchains like Bitcoin in that it supports non-fungibles, storing extra information about the token. While other networks like Enjin can implement their own token standards like ERC-1155, most still rely on Ethereum as their underlying network.

6. Investing in NFTs is a lucrative opportunity

Unlike traditional art, wherethe artist surrenders all ties  once the piece is sold, NFTs allow continued income to be generated. Thanks to blockchain technology and smart contracts, even after a piece has changed hands multiple times, the original artists can receive a percentage of each sale. This is typically between 5-10%.

With some experts warning that over 50% of all art on the market is likely fake, the risks of investing in physical art are great. NFTs offer a solution to this, offering artists a way to prove provenance and establish a chain of ownership using the blockchains ledger.

10. Ether’s value has skyrocketed since the first NFTs

Since the first NFTs were minted, the price of Ethereum has increased dramatically by 960% to date. In June 2017, a single ETH was worth around $320. Now, the same coin is worth around $3,400. While the evolution of the blockchain network didn’t happen overnight, the increase in ETH’s value is partially attributable to the rise in NFTs. With the digital currency becoming increasingly used in NFT transactions, its value has benefitted as a result. As ETH is likely to see further increases in value, purchases made now may be worth fortunes in the future.

Despite not fully supporting the application, the first attempt at NFTs can be traced back to the Bitcoin blockchain. The project was called Colored Coins and sought to expand the use of Bitcoin beyond currency. By setting up a meta-data layer on top of Bitcoin, the project set up IPOs to tie real-world assets to digital tokens. The project is still active today.

12. Cryptopunks and Cryptokitties were the first mainstream NFT projects

The first NFT projects to find mainstream success was CryptoPunks and CryptoKitties, released in June 2017 and November 2017, respectively. Both projects leveraged Ethereum and pioneered the use of the ERC-721 token standard for NFTs.

Over the COVID-19 pandemic when the world was forced into lockdown, NFTs helped keep the NBA league going through the sale of NBA Top Shot collectibles. Created by Dapper Labs, these highlight NFTs vary in scarcity, like trading cards generating hundreds of millions of dollars in sales so far.

14. NFTs are most likely here to stay

Despite FUD, misunderstanding, and multiple calls that the NFT bubble is going to burst, the market has continued to grow at a tremendous rate. With traditional artists, financial institutions, and auction houses like Christies plus Sotheby’s now getting in on the action, legitimizing the space for those outside the space, NFTs are not going anywhere.

Minting is the way your artwork, collectible, song, video, domain, or other asset becomes part of the blockchain. Named after the conventional method of producing coinage, minting represents your asset on the Ethereum network in order for it to be listed on marketplaces or traded with others. The process is achieved via several marketplaces such as OpenSea.

16. The first Cryptopunks were given away for free

When the CryptoPunks project was launched by Larva Labs on June 23, 2017, the 10,000 digital tokens were given away for free to anyone with an Ethereum wallet. With some of those CryptoPunks now worth millions of dollars, the project serves as an example to make the most of investment opportunities as you never know what will be the next big thing.

17. Meme NFTs are worth a pretty penny

Closely linked to internet culture and younger, digital generations, meme NFTs are iconic pieces of art to Millenials and younger. NFTs provide meme creators to immortalize their pieces, such as Nyan Cat, the pop-tart bodied, rainbow trailing cat flying through space. Selling for $1 million on Foundation, the NFT allows collectors to own a piece of meming history.

18. NFTs of digital land is a growing market

Virtual worlds like Decentraland and The Sandbox are paving the way for digital real estate. Leveraging NFTs, these platforms allow users to not only inhabit and interact with virtual worlds but buy, sell, and own the land within it, developing on it as they see fit. With plot sales now reaching the $1 million mark, the market is set to explode.

18. Beeple’s Everydays is the most valuable NFT to date

Selling at Christies in March 2021, Beeple’s Everydays is the most valuable NFT to date, netting the artist an enormous $69.3 million. Comprising a mosaic of his work since 2007, the piece is an epic testament to the strength of the NFT market.

19. Cardano is an NFT competitor to Ethereum

Since its Alonzo update, Cardano is looking to be a blockchain worth watching that may challenge Ethereum’s crown. While other blockchains have used NFT technology, they have relied on Ethereum primarily. Cardano differs in that its NFT tokens will be native to its blockchain, utilizing lower gas fees, faster transactions.

20. NFTs can be used as collateral

Through dApps like NFTfi, NFTs can now be used as collateral. Thanks to the interoperability of Ethereum’s tokens, NFTs can be used to borrow crypto against in DeFi applications or be held to issue loans on. This venture allows NFT owners to unlock the liquidity from their collectibles.

Fractional NFTs are a way to share ownership of digital assets that otherwise would be too expensive to own. NFTs like the original Doge meme, worth over $4 million, can now be invested in buy buying fractional ERC-20 tokens of the asset. This allows the market as a whole to stay liquid, with the Doge meme now involving $550 million worth of tokens.

While the NFTs market cap and transaction volume are reassuring to those looking to get involved in the space, the assurances of investment gurus like Gary Vaynerchuck also help. Vaynerchuck, who successfully predicted many tech trends, believes NFTs are the next big disruptor, just as the internet and eCommerce was.

Highlighting the value of digital ownership is Damien Hirst’s art project “Currency.” Featuring 10,000 hand-painted polka-dotted pieces of paper and an accompanying NFT, Hirst’s idea is to force buyers to choose between the physical artwork or the NFT. After one year of purchase, either the artwork or the NFT will be burned, forcing a valuation of the physical or the digital.

With the rampant success of Ethereum has come higher gas fees, with minting and transacting of NFTs costing significant sums. The fees are due to the proof-of-work principle that the Ethereum network operates on. With Ethereum 2.0 due to release sometime in 2022, the network will move to a proof-of-stake system, with fees and transaction times expected to decrease dramatically.

25. NFTs can be minted for free on OpenSea

Unlike other platforms, OpenSea does not charge a fee to mint NFTs. Setting itself apart, OpenSea, instead, charges a commission on the final sale price, currently 2.5%. With the OpenSea platform finding massive success in 2021, the business model appears successful and is a great way for new NFT creators to dip their toe.

Introducing the world of NFTs to traditional investors and the mainstream media, the payment processor company Visa bought a CryptoPunk in August 2021 for $150,000. Purchasing CryptoPunk #7610, a mohawked female with green clown eyes, Visa’s foray into the space is considered a landmark moment in the history of NFTs.

27. OpenSea is the biggest NFT marketplace

Totaling 2 million transactions in August alone, valued at billions of o dollars, OpenSea is by far the biggest NFT marketplace currently out there. Enabling the sale of almost all assets, the market has come to be considered the Amazon of NFTs, with low fees and a user-friendly interface.

28. Beeple’s “Crossroad” is the most expensive NFT video

Selling for $6.6 million in February 2021, Beeple’s “Crossroads” is the most expensive video NFT sale to date. The NFT depicts a Donald Trump-type figure lying motionless in an idyllic setting with slogans scrawled across his body. The CGI clip is only 10-seconds long but established Beeple as an artist to watch shortly before his mammoth $69 million sale at Christies.

Establishing the NFT space as a viable way to sell MP3s, musical artist 3LAU sold his synth masterpiece Gunky’s Uprising on the Nifty Gateway platform for an enormous $1,333,333.33. Collaborating with art director SlimeSunday, the 3-minute piece encapsulates the energy of the NFT space perfectly.

NFT enthusiast and Twitter founder Jack Dorsey sold his very first Tweet as an NFT for $2.9 million in March 2021. After a frenzied bidding war on the V.Cent.co platform, the NFT came to be owned by the CEO of Bridge Oracle Sina Estavi, who also bid on tweets from Elon Musk. Through NFTs, pieces of internet history like Dorsey’s Tweet are able to be preserved, with the Twitter CEO donating the money to charities fighting poverty.

Virtual Land NFT Market Exploding! | What are they and how to buy them?