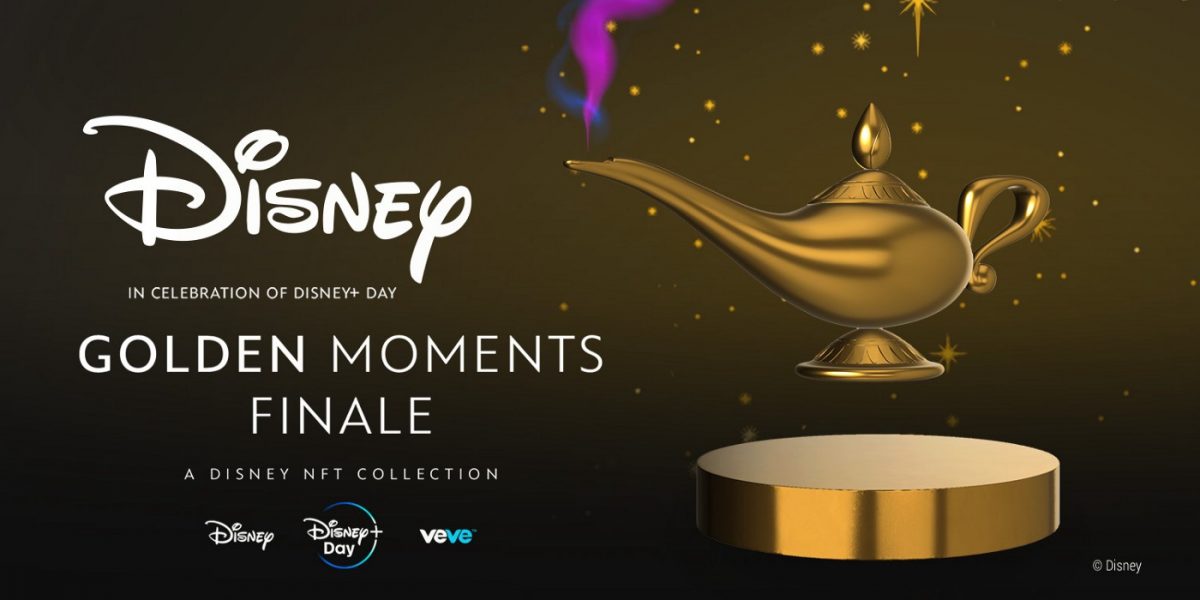 So far, every Disney NFT collection has sold out in a matter of minutes. This is likely because the Walt Disney Company enjoys widespread appeal and recognition.

The Mickey Mouse logo has been around for years and it’s not just for kids. It’s for everyone now.

Given that their NFT cards are being sold for only $60, it’s no wonder they’re selling so quickly. These digital assets have value and, based on Disney’s global popularity, will likely only increase in worth.

So, if you want to buy Disney NFTs, where would you go? Not even on large NFT marketplaces like OpenSea have any collections or individual pieces that are directly related to Disney IPs.

Don’t worry, we’ve got you covered!

You can easily purchase Disney NFT’s from Veve app which is a NFT digital collectibles app which holds some of the most notable and licensed collections in the NFT sphere. You can also find Marvel NFT’s there.

Since, now you know where to purchase Disney NFT’s, let explore what’s in the world of Disney NFT’s.

Disney released their Golden Moments NFTs on the VeVe app from November 9-12, 2021. The average price for the NFT was $60.

On drop day, Disney went with a ‘Blind box’ strategy, which means buyers didn’t discover what they ordered until after it arrived. The collection sold out rapidly, with most NFTs being worth $60 at the time, however the value soon skyrocketed to up to $2,000 almost immediately after purchase. Veve released a new Disney Star Wars collection not too long ago.

On September 9, 2022, the Golden Moments deposited its concluding NFT gathering. Aptly named Golden Moments Finale, the display was accentuated by an NFT of Aladdin’s mystical lamp from the 90s exemplary film.

Bob Iger, former CEO of Disney, has said that the potential for Disney in the NFT space is “extraordinary.” It’s clear that Disney is thinking along similar lines.

The Mickey Mouse NFT Collection includes several unforgettable moments of the one and only Mickey Mouse, including the Disney NFT Drop. The entire world of Mickey Mouse is encapsulated in this highlight reel turned into an NFT collection.

The following are some of the Mickey Mouse NFTs series:

On Sunday, March 13th, Disney’s latest Non-Fungible Token drop ‘Pixar Pals’ arrived and sold out all 54,995 NFTs instantaneously. That profit adds up to a clean $3.3 million apparently earned by the company. The drop featured stars from Pixar Animation Studios, including cherished favorites Sheriff Woody, Mike Wazowski from Monsters Inc., Lighting McQueen from Cars, The House From Up ,and Edna Mode also known as “The Superhero Stylist” from The Incredibles .

Pixar has produced 23 well-received animated films, with a focus on quality work and storylines. Recently, rankings of all 23 Pixar movies from worst to best went viral among fans. In response, Pixar Pals were created as a way for fans to trade collectibles and be surprised.

These NFTs were offered in ‘blind box’ form, which added excitement to the event. Even though each blind box only cost $60, people weren’t exactly getting them for cheap.

How to Buy Disney NFTs?

To start, download the VeVe app from either the Google Play Store or Apple App Store.

Highly popular figures such as bandleader Mickey, Captain America, and all the other Disney legends are worth a lot of money as digital art.

Disney has been one of the leaders in this digital transition, making it possible for other sizeable companies to start using NFTs. If you’re a fan of Disney, then stay tuned because it’s very likely that we’ll be witnessing a Disney-inspired metaverse in the near future. That can be really exciting and for a start, you can be a part of the meta-verse early on by getting yourself a Disney NFT.

In this article:Featured, nft