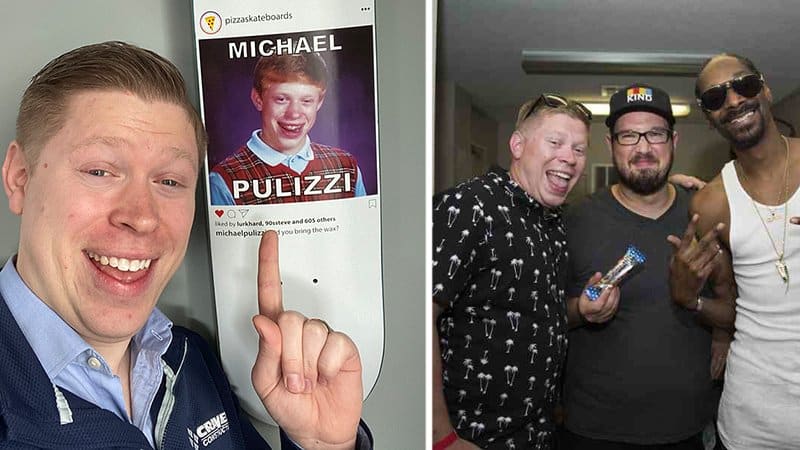 Remember the “Bad Luck Brian” Meme from 2012?, yeah that same meme has now banked $36,000 on a NFT Marketplace called Foundation App. Not bad for a meme to have such great value.

The story of the meme’s existence is when Kyle Craven who is the person in the meme, had his yearbook photo posted on the internet in Jan 2012 by his friend Ian Davies. It was shared on the Reddit Forums and in many places on the internet. Initially, the meme was basically just a meme. However, things started to catapult and over the course of some months and years, the popularity of the meme started spreading crazily and it was basically all over the internet.

Kyle and Ian released the “Bad Luck Brian” as an NFT and sold it for 20 ETH which is approximately over $36,000 dollars USD.

Similar, to the Bad Luck Brian meme, “Grumpy Cat” which is another popular meme sold for around 5.5 ETH which is approx. $9,927 Dollars USD.

The subject of Viral Meme as an NFT has definitely become popular in the early months of 2021. “Bad Luck Brian” is just one of the popular memes and although it hasn’t banked millions of dollars, $36,000 is still a lot of money considering the fact that it is just a pixelated meme photo!.

This shows us that, the world of NFT’s can really be very uncertain, you never know what can sell and what cannot. From pixelated 24X24 artworks from CryptoPunks to mindblowing beautiful paintings from Beeple, it’s just crazy and NFT ideas are still yet to be discovered and experimented upon.

As it’s only been about 3 years for the NFT hype and currently this year 2021 is when we really saw how valuable NFT’s could really become.

I think, it’s still not late and if you are thinking to invest or buying or even create NFT’s, I’d say you have lots of time in hand. You can take a full year into crafting a batch of NFT’s that could possibly sell for millions. The only thing is that, you just need to work on it and share it with the world.

If you are wondering – What are NFT’s exactly?

Are they actual Artworks?

NFT stands for Non-Fungible-Tokens are digital tokens based on the Crypto Blockchain that are irreplaceable and cannot be duplicated or replicated. They are indeed crypto-tokens but unlike Bitcoin or Ethereum, they are non-fungible meaning they are very unique to each other there cannot exist a second copy of the NFT token of the same type.

For example, you can have 100 Bitcoins, give one to your friend and he will possess the exact same Bitcoin as yours. This is not the case for NFT’s as each NFT’s are different and this is the reason why they are so unique and valuable.

NFT’s have become so valuable because of the fact that they are able to hold additional data that can store information such as verification of ownership, history of ownership and so on.

NFT’s are able to exist because of the Ethereum Blockchain as it is one of the Crypto-currencies that can hold additional information. This is also the reason why 90% of the NFT’s traded using Ethereum.

Practically speaking, all NFT Tokens or artworks are just codes, values that are stored in the blockchain, whether it is an artwork, trading card or any form of digital asset. It is just the fact that these tokens are associated with a particular digital asset and the process of converting a digital asset into an NFT is called Minting.